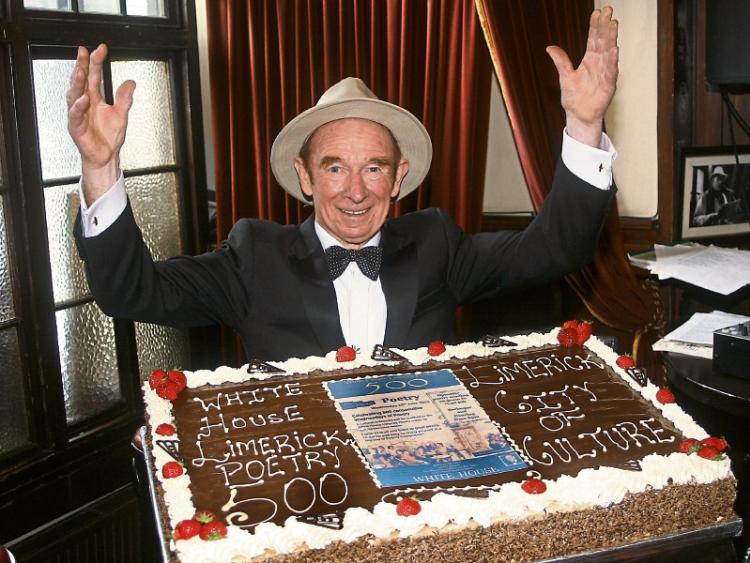 The city centre bar, which has hosted readings for more than 640 weeks, has been bought by new owners and the organisers of the White House Limerick Poetry were informed late on Tuesday evening that it was “unexpectedly closing today”.

“But the show must go on and nothing can stop the poetry,” they added, with the night will go ahead in the nearby Tom and Jerry’s pub on Lower Glentworth Street instead

Ms Murray, who was to launch a spoken word poetry CD this evening, expressed her dismay at the decision.

“The White House has meant a lot to all of us over the last 13 years. I am very disappointed, and I am extremely stressed after being mixed up so much,” she said.

“It was up to last night until there was confirmation. We were in the Limerick Writers’ Centre [in Barrington Street] at 6pm last night, and Dominic [Taylor] still didn't know if it was going ahead. I called the White House at 7pm, and got confirmation it was closing".

The forum was launched in 2003 by the inimitable Barney Sheehan and has provided a launch pad for many local poets, many of whom have since had their work published.

As it was to be a special evening with arrangements made, Ms Murray said she was unimpressed with the late cancellation.

"It is not a very good way for us to leave the White House, having shown tremendous goodwill to them over the years," she added.

Damien Varley, who is reportedly to be the new owner of the premises, declined to comment when contacted by the Limerick Leader and asked that he be contacted later this afternoon, as he was going into a meeting this Wednesday morning.

"As at this present moment, I do not own the business," he said.