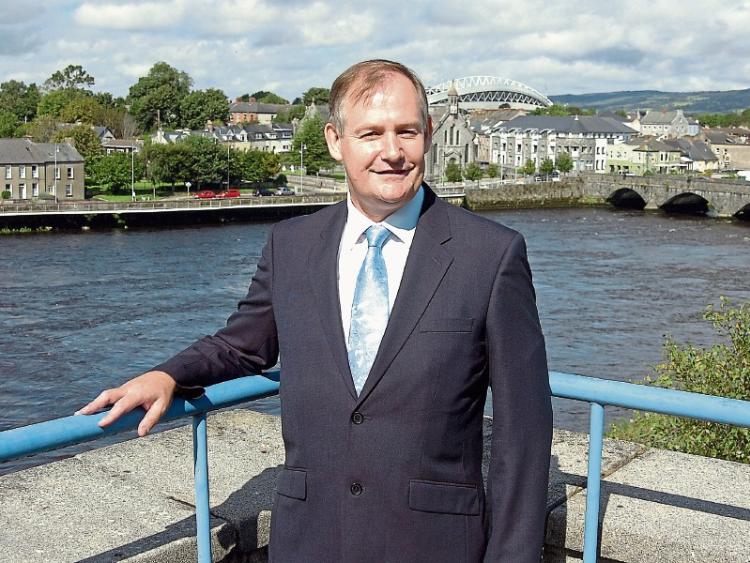 COUNCIL boss Conn Murray has made contact with Galway City Council over how Limerick can take advantage of its designation as European Capital of Culture.

After Limerick missed out on the prestigious European title, Mr Murray believes there is an “excellent opportunity” to take advantage of the fact it is going to the City of the Tribes – as it is so close to the Treaty City.

And he will present ideas to council members in September on how Limerick can “march forward” to 2020.

He said: “We must work with Galway – and I have already made contact in that regard – to complement and take whatever advantage of opportunity presents itself from having a European Capital of Culture less than an hour away from us.”

In the hours after Limerick missed out on the prize – estimated to be worth over €170m – Mr Murray confirmed he was in contact with his counterpart in Galway, Brendan McGrath, over how the cities can co-operate.

“2020 is still coming. We have an enormous amount of work done. we have enormous support which is important to us. With that level of enthusiasm, I think we must take advantage of 2020. There is an excellent opportunity which presents itself to Limerick,” Mr Murray added.

Mayor Kieran O’Hanlon agreed, saying: “The torch is lighting for Limerick and no judgement is ever going to quench that.”

Meanwhile, councillors have called for the street party which greeted the European Capital of Culture judges on their visit to Limerick to be made an annual event.

Calls were also made for the events planned for the year to still go ahead, to make Limerick “the alternative capital of culture”.

And there has been criticism of the judging team for “taking the easy option” by recommending the City of the Tribes.

Labour councillor Joe Leddin said: “The street party has proven that where you put on a schedule of events and activities encompassing a wide variety of things from street performing arts, to food stalls and creative activities, people will respond.

“And they responded in their thousands last Tuesday. This is a legacy of the 2020 journey, and we should now seriously consider in collaboration with the business sector an annual street festival.”

Fine Gael’s Daniel Butler, who volunteered at the party, said: “Something I noticed was this new confidence the city has. This cannot be lost. Nine years ago, I do not think we would be feeling as confident of winning.”

Speaking at an economic strategic policy committee meeting in the hours after the decision to award the Capital of Culture to Galway, it was noted that, unlike Limerick, the business community there pay a percentage of their rates to a fund to develop tourism and the arts.

“The local authority cannot be the only ones carrying the can,” Cllr Leddin said, “There is huge economic potential if we emulate what has happened in Galway”.

Sinn Fein councillor Seighin O Ceallaigh said: “We need to revise the list of events for 2020 to see what we can do.

“We should keep the budget there, and make Limerick the alternative capital of culture”.

Fine Gael councillor Stephen Keary said awarding the European Capital of Culture designation to Galway is “like rubbing butter to a fat pig’s behind”, with the implication the city did not really need it.

Brian Thompson, St Mary’s AID, who sits on the economic committee agreed, saying: “Galway was a predictable and easy choice for the judges”.

He added Limerick has a “rough edge” in terms of art, but: “I do not think the selectors were really that interested in this.”