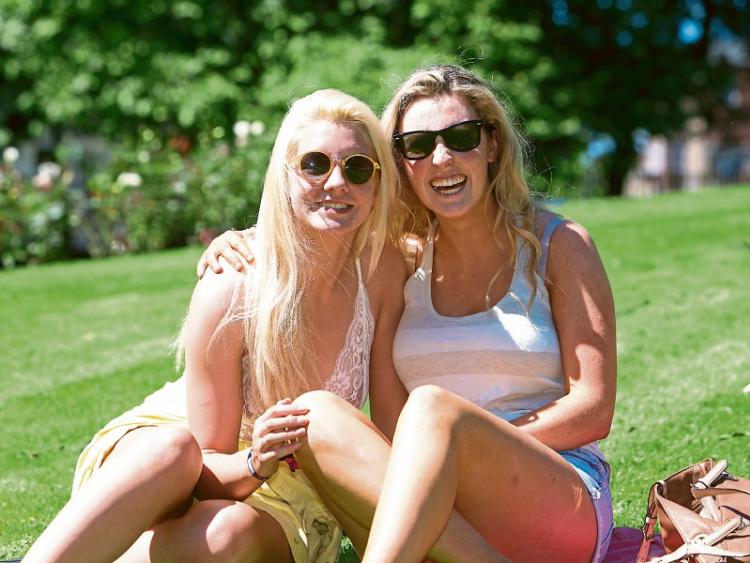 TEMPERATURES in Limerick have soared up to a sizzling 27 degrees celsius, marking the hottest day of the year so far.

The people of Limerick dusted the cobwebs off their summer gear and ventured out in shorts, t-shirts and sunglasses to enjoy the sunshine this Tuesday.

The nearest meteorological station to Limerick is at Shannon Airport, where temperatures have topped out at 28.2c so far today. At Claremorris, it has hit 28.4c.

The fine weather has also brought about a huge boost for local businesses, as Shane Gleeson of Gleeson’s Spar said that there had been an “absolutely massive” increase in sales.

“We had to go to the Cash and Carry yesterday to get an extra five cases of ice cream. We sold more ice cream yesterday [Monday] than we did in the last month,” he explained.

He also said that there had been a huge increase in the sale of minerals, adding that they were “restocking fridges a couple of times a day, instead of just once”.

One place which was filled with people enjoying the sun was the People’s Park on Pery Square, where Shirley Ryan from Joseph’s Street had brought her children to play.

“We’re going to a friends house in the afternoon for a barbecue and to Ballybunion later in the week,” she enthused.

Irish Water Safety have advised swimmers to only to visit places like Glin and Kilteery piers, Kilkee and Lahinch that have lifeguards on duty.

ESB have also warned swimmers about swimming near any ESB reservoirs such as the Ardnacrusha headrace and tailrace canal in Clare.