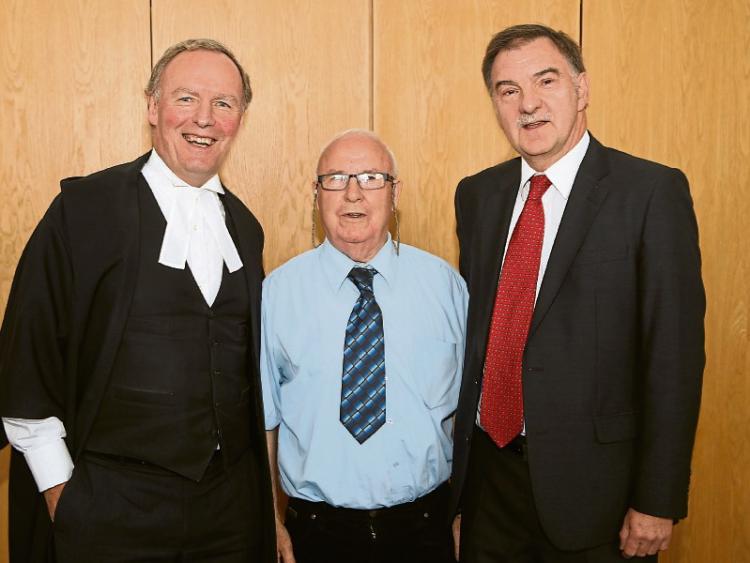 TRIBUTES have been paid to a ‘quintessential Limerickman’, who for the past 16 years has been to the forefront of the courts service in Limerick.

Judge Tom O’Donnell led the accolades to Ollie McCarthy, 70, from Summer Street, but living in Moyross, who has been courts officer in Limerick for nearly two decades.

The court heard that in the years since Ollie has become known by all for his “humanity and humour”.

Barrister John O’Sullivan said that it has been “an honour and a privilege” to work alongside Ollie, who has served as care taker at large of the Limerick courts complex and its court officer.

“He has been a loyal and faithful servant to the administration of justice. Whether you were an accused, a convict, a solicitor, a barrister, a member of the public, you were treated with courtesy and respect by Ollie.

Mr O’Sullivan said all sides of the societal spectrum were dealt with fairly and with equality by him.

“He doesn’t expect thanks but he deserves to be applauded,” he added.

He remarked that sometimes some members of the legal profession can give off an air of “smugness and satisfaction” when they win a case.

“But there has been no better leveller for counsel than Ollie, a proud Limerickman. He always did his work diligently, faithfully and with a sense of humour.”

Speaking on behalf of solicitors, Ted McCarthy said that Ollie has been “an icon of the civil service” and “an integral part of the family of the court”.

“He is direct and clear in his thinking and manages to communicate that fairly bluntly,” he said to a few laughs. “It’s a testament to the man the amount of people here to mark the occasion.”

Mr McCarthy said he would miss him personally, especially his predictions on the verdict a jury might reach in a case – before they even retired to deliberate.

Barrister and county councillor Emmett O’Brien said while Ollie’s advice was “sometimes unrequested, it was always accurate”. “He has been a fantastic servant of this State, this court house, and is a quintessential Limerickman,” he said.

Inspector Dermot O’Connor said Ollie “knows every single guard – and they all know him, for the right reasons.” He praised his integrity and compassion, particularly in dealing with grieving families at the Coroner’s Court.

Speaking on behalf of the press, Jimmy Woulfe of the Irish Examiner said Ollie is an “institution”, and said his “simple acts of kindness were one of his hallmarks”.