Goods worth €10,000 taken from one home, as three men await their sentence 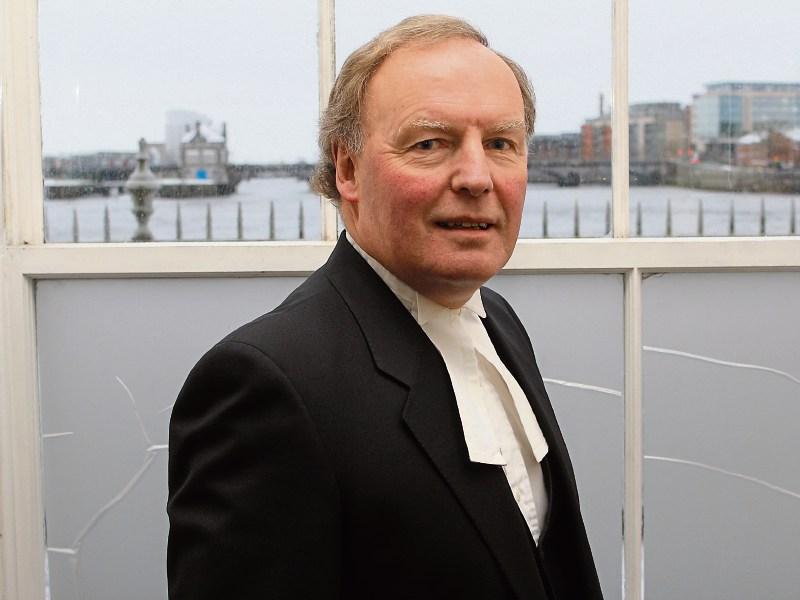 A TRIO are due to be sentenced for a seven hour “spree of offending”, including burglaries, thefts and  criminal damage around the county, Limerick Circuit Court has heard.

James O’Shea, 27, of Anthony’s Lodge, Roo West, Ardnacrusha; Jeffrey Kelly, 26, of 31 Willow Grove, Old Cork Road; and his first cousin Tony Kelly, 26, of 121 O’Malley Park, Southill, have appeared before Judge Tom O’Donnell charged in respect of numerous offences on the Old Cork Road, Lord Edward Street, Ballyneety, Annacotty, Crecora and Croom within a seven and a half hour period on May 27, 2015.

State prosecutor John O’Sullivan outlined to the court that the series of offences began when Jeffrey Kelly stole a red Seat car from Sarsfield Court, Lord Edward Street, at around midnight, during a “crime spree fuelled by intoxication”.

All three are charged with burglary at that property, where a laptop worth €1,000 was also taken, after they gained entry through the back door.

The car was eventually returned – after €1,200 of damage was caused to the vehicle – after a lengthy escapade across the city and county.

Just before 5am the same car was captured on CCTV outside Chawke’s petrol station on the Dublin Road, where they have stopped to purchase sandwiches, crisps and tobacco.  The three accused were also seen on CCTV.

After leaving there, a man in Willow Crescent, Riverbank, Annacotty heard footsteps in one of the rooms downstairs, and could also smell cigarettes. The resident went downstairs and saw a male in his kitchen, who ran out the back door and got into the red Seat.

An Apple iPod was missing, as well as four bottles of spirits, an Xbox computer, €800 in cash, a Nikon camera. a Michael Kors watch and a Fifa game, amongst other items, in total worth over €10,000. The keys to his wife's Ford Mondeo car were also gone.

He then saw a second male on the footpath and shouted to him not to drive off in her car. The only items recovered were the car keys from the Mondeo and a bottle of Captain Morgan's rum. All three were charged with burglary at this address.

A couple in that property prepared a statement for the court, saying that their peace of mind has now “vanished completely”, they are always waking up in the middle of the night, and while they have installed new locks and a house alarm, they still feel vulnerable in their own home, especially when they are there alone.

Among the items taken, they added, were wedding gifts which can’t be replaced.

After that offence, all three were charged with burglary at Bellwood, Ballyneety, at around 6.15am. An alarm was sounded, waking the owners, but at that stage the woman’s handbag with a car key had been taken from the house.

They observed two of the males getting into their Mercedes, and shouted at them to get out of the car. ‘We came for this f***ing car,’ one allegedly replied.

Moving on to Crecora at around 7am, a man saw the defendants trying to open a window of the shed belonging to his neighbour, and he tried to phone him to alert him.

He then saw one of the accused with a hedge clippers, trying to open a window in his neighbour’s house, went out of the house, grabbing a hurley in his hand. When they saw him approach, they took off at speed in the car.

In Ballycahane, Croom, the trio were charged with the theft of a car wheel, wheel brace, car jack and boot mat from a vehicle.

They drove into a man’s driveway and asked him for a spanner to fix their vehicle. The couple’s daughter came out of the house and offered to change the tyre, at which point the men became aggressive. She then told them she would call the gardai.

One of the men responded that ‘They would be lucky to have a house still standing that night if they called the guards’.

When gardai caught up with the trio, Jeffrey Kelly was identified as the driver, Tony Kelly was the front seat passenger, and they didn’t recognise the third man initially, James O’Shea.

They pursued Tony Kelly on foot, who was “quite violent”, and the three were arrested, after a chase across the fields.

Local farmers observed the incident and were “somewhat shocked”, Garda Paul Crowley, Roxboro road station, told the court. The incidents were very upsetting for the owners of these homes. “They wouldn’t be used to this carry on,” he added.

The men weren’t interviewed for about six hours as they were still intoxicated, the court heard.

James O’Shea made admissions to gardai, and was there “as part of common design”, while nothing of an evidential value emerged from interviews with Tony Kelly. Jeffrey Kelly was interviewed on several occasions, and in the second interview he made some admissions and said that “he was off his head”.

Glass found in the clothing of both Tony Kelly and Jeffrey Kelly matched that from one of the properties, and forensic investigators also took a footmark from a wrapper of an item purchased in Chawke’s which was found in the vehicle.

In 2015 he received a four year sentence with two years suspended, which was increased to six years by the Court of Appeal, for assault causing serious harm related to the unprovoked slashing of a 21-year-old’s face, causing serious disfigurement in May 2011.

“He has a serious propensity to commit serious violence,” said Mr O’Sullivan.

His defence, Brian McInerney, said Tony Kelly has a chronic drink problem “but he’s very personable when he’s on the dry”.

James O’Shea, who is originally from Southill, is not related to either of the two other accused, and has 22 previous convictions, relating to criminal damage, public order, theft, road traffic matters, and robbery.

Jeffrey Kelly has 54 previous convictions, including 16 for burglary, two for arson, and two for possession of articles.

“He couldn’t remember anything, but he accepted the injured parties versions of events, and said he was genuinely sorry,” the court heard.

Judge Tom O’Donnell remanded them in custody, to be sentenced on July 21.