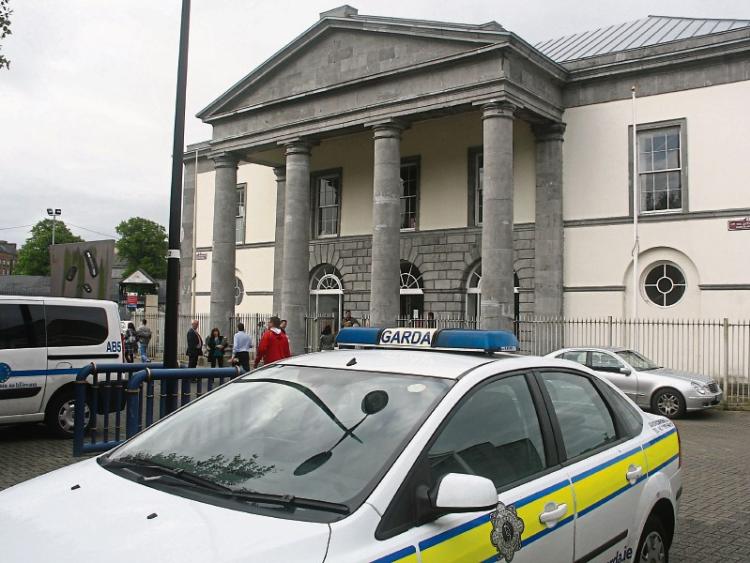 A MAN who has travelled through war-torn countries now lives in fear after a rusty blade was held to his throat in Pery Square, Limerick Circuit Court has heard.

Judge Tom O’Donnell is due to impose sentence on Damien Quinn, 34, of Shanabooley Avenue, Ballynanty, who was one of two men involved in a robbery in the early hours of St Patrick’s day in 2015.

Detective Garda Paul Crowley, Roxboro Road station, told the court that the Galway victim had been sitting in his black Mercedes near Pery Square on March 17, 2015, when two men with their hoods up and faces covered entered his vehicle.

The victim, now 55, believed one of the men was holding a blade up against his neck, whilst sitting in the centre of the back seat, while another male sat in the front, demanding money and shouting ‘Where’s the bleedin’ money?’

The man said he was in shock, and pointed to the dash, where they found a €50 note and €20 in coins. They also took a wifi dongle.

They also tried to take his wrist watch off him, and left the vehicle telling him: ‘Keep your f***ing mouth shut’.

The offence happened at approximately 12.50am and the injured party made his way to Henry Street garda station, telling them that he was robbed at knife-point.

Prior to that, he followed the culprits in his car in the direction of the railway station, and towards Parnell Street, even though “he was in fear of his life during the ordeal.”

Fingerprints were not located in the vehicle as the culprits had been wearing gloves at the time.

CCTV footage was harvested from various locations near the station, which showed the movements of the accused but not the incident itself.

The accused and his associate were also observed “walking suspiciously, checking the route ahead nearing Mallow Street and Davis Street”.

A search warrant was obtained for an apartment near Parnell Street, and it was carried out on March 26, but nothing of evidential value was found. A warrant was also obtained to search Quinn’s address and again nothing was found.

After his arrest, Quinn admitted in the fourth interview with gardai that the clothing seen in CCTV footage was his, and in the fifth interview gave an account of what happened.

He claimed he got into a confrontation with the victim, and admitted he was in the backseat armed with a rusty piece of metal about five to six inches in length.

In his victim impact statement, the man said that he has “travelled extensively all my life to places in Eastern Europe, the US, Lebanon and Israel and have never done so in fear. However, since that night, I have lost confidence while driving late at night or while parking up. I am always in fear of what might happen.”

“Due to extreme nervousness, I have changed the security system in my car so the doors lock automatically. I was in the Samaritans for six years as I always like to help people. Before this attack I would often stop to help someone on the roadside who might be in trouble. Now I am too scared to stop and feel very guilty about that.”

The accused has been remanded in custody until Wednesday, July 27, for sentence.

In 2006 he received a ten-year sentence from Judge Carroll Moran in the same court for possession of a firearm with the intent to endanger life.