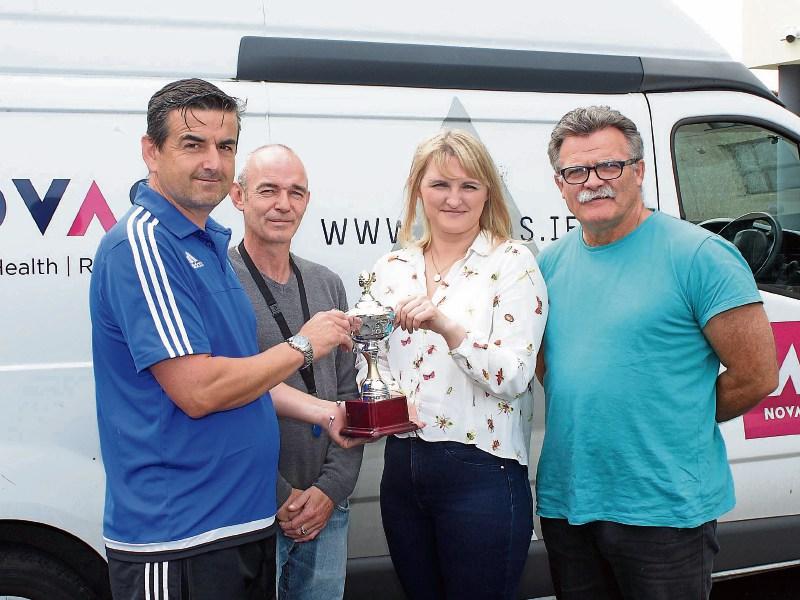 Teams are being sought to take part in the event on Saturday, July 23 at the University of Limerick’s astro-turf pictches.

Organised by Kildimo man Ken Gorman, who volunteers with the charity, it is hoped over 150 people will take part, and more than €1,300 will be raised for the charity, which works with single adults, families and children who are disadvantaged, social excluded, or are at risk of being homeless.

Ken, who is a referee with the Limerick District League said: “I decided it would be a good idea to combine my voluntary work with my sporting interests. The season ended at the start of June, and pre-season starts now. The competition is on at the end of July. So it allows people to get back to training, and support what they do.”

Among the initiatives Novas Initiatives runs is a 364-day a year soup run, giving hot food to homeless people, and it also provides supported accommodation.

The night before the soccer tournament, Novas will hold its annual sleep-out.

And all the proceeds raised from the tournament will go towards its Housing First initiative, which encourages people to live independently, with remote supported services.

John organised the first seven-a-side soccer tournament for Novas last year, and it was so successful, it was decided the event would be held annually.

The cost of entry to the tournament is €100 per team, with group matches taking 20 minutes.

Knockout round games will take 25 and 30 minutes.

The winner will receive a perpetual trophy, designed by JJ Kenneally.

Phonsie O’Connell, a project worker with Novas initiatives, confirmed the charity would be entering a team.

He added: “Every little bit of funding will help us. We are always looking for funds in aid of the various programmes we have.”

For more information on the tournament, and to enter a team, contact Ken Gorman at 087-6427152, email kengorman14@eircom,net, or seach ‘Football Tournament for Novas Homelessness Services’ on Facebook.