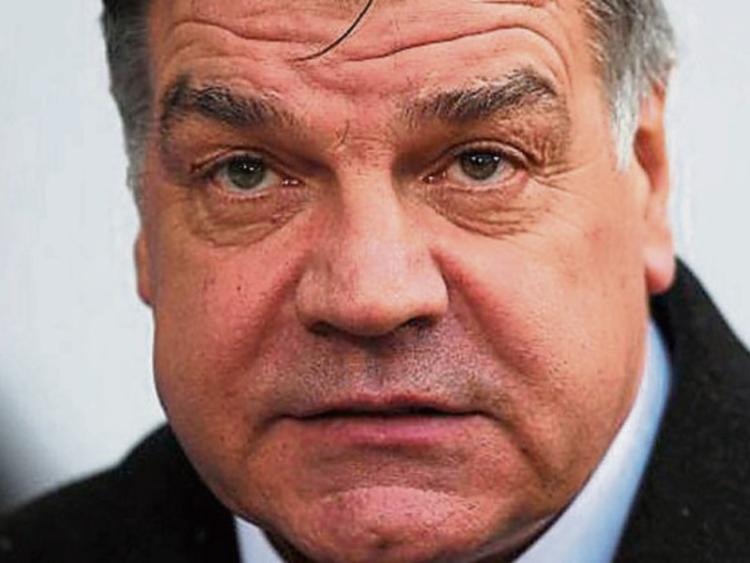 Sam Allardyce is in line for the top job with England

FROM wet and windy away days at Waterford to Wembley Stadium; former Limerick FC manager Sam Allardyce is in talks to take one of the most high-profile jobs in world soccer.

Mr Allardyce, known by millions of soccer fans affectionately as ‘Big Sam’, spent the early stages of his career at Limerick FC between 1991 and 1992.

Now, he has been given permission by his current club Sunderland AFC – another side with strong links to the Treaty City – to hold talks with the English Football Association to lead its national team.

If he gets the job, he will take over from Roy Hodgson, who resigned after England were knocked out by Iceland in the second round of Euro 2016.

After a short spell at West Bromwich Albion, Mr Allardyce took up the role as player-manager of Limerick FC, and led the team to promotion into the top division of the League of Ireland.

He coached and played for the first team, while the club’s board signed players, due to the fact ‘Big Sam’ had no knowledge of the Irish football scouting networks.

He ultimately spent just one season on this side of the Irish Sea before returning to England to coach at Preston North End. He also had management spells at Blackpool and Notts County, before in 1998, taking over at Bolton Wanderers.

Mr Allardyce led the Trotters to the English Premier League at the turn of the century, keeping the club in the Premier League up to his departure in 2007.

Becoming known as something of a specialist in leading teams away from the danger of relegation from the top flight, he had successful spells at Newcastle United and West Ham United.

In October last year, he was appointed by Sunderland AFC with the club second bottom of the league with just three points from nine games. However, he led them to Premier League survival at the expense of bitter rivals Newcastle United.