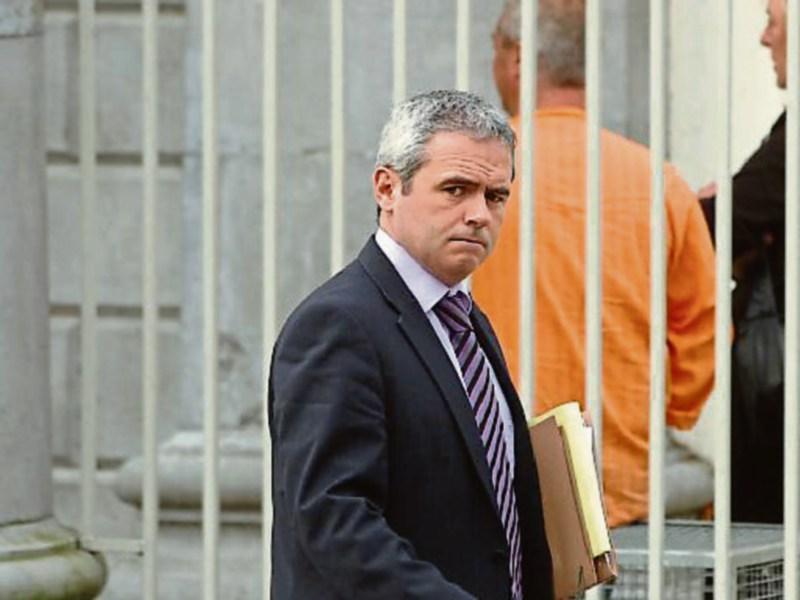 A BELARUSSIAN man who allegedly fled the mafia in his native country has appeared before Limerick District Court after presenting a false passport to the Department of Social Welfare in Limerick city.

Judge Mary Larkin heard that Andrey Ramaneka, 45, with an address at Fishermans Quay, Grove Island, has been charged under the Social Welfare Consolidation Act (2005) after presenting a false passport to the department offices on Dominic Street in the city.

The court heard it was his intention to claim jobseeker’s allowance under one name, and to work under another to support his family.

The father of three, who was described by his defence as “a very genuine person”, pleaded guilty to the offence. What was described as an “unusual case” by Inspector Donal Cronin, transpired at the social welfare offices on February 23, 2015.

When he presented the passport at the social welfare offices some of the details contained matched a person with another name, after the passport was scanned through facial recognition software.

The offices then brought the matter to the attention of gardai.

The accused purchased the fraudulent passport whilst in the direct provision system when he first came to Ireland in 2000/01, never used it, and was in receipt of jobseeker’s allowance since 2003.

Solicitor Darach McCarthy said his client had a good income in Belarus from his business in the building supply trade, but the mafia engaged in racketeering, putting the accused at “grave risk”. He then moved to Ireland, receiving the standard €19 a week in the direct provision system.

However, Mr McCarthy stressed that there was no loss to the State in this case, and that his client didn’t use the fraudulent passport as “his residency came through quite quickly”.

His wife, a nurse, and family then moved to Ireland, and the accused went to school here to complete his Leaving Certificate, and went on to do a degree in civil engineering in Limerick Institute of Technology, where he earned first class honours.

Mr McCarthy also stressed that the couple and their three children “are here to stay, not to receive social welfare payments, but want to contribute to the economy”.

“He has a lot ahead of him and he has suffered a lot of hardship. There was an element of economic duress in this case, but he destroyed the passport when he realised it was a bad idea,” said his defence.

He has no relevant previous convictions, bar a minor road traffic matter. Judge Larkin said she has sympathy for people in this position and applied the Probation Act.