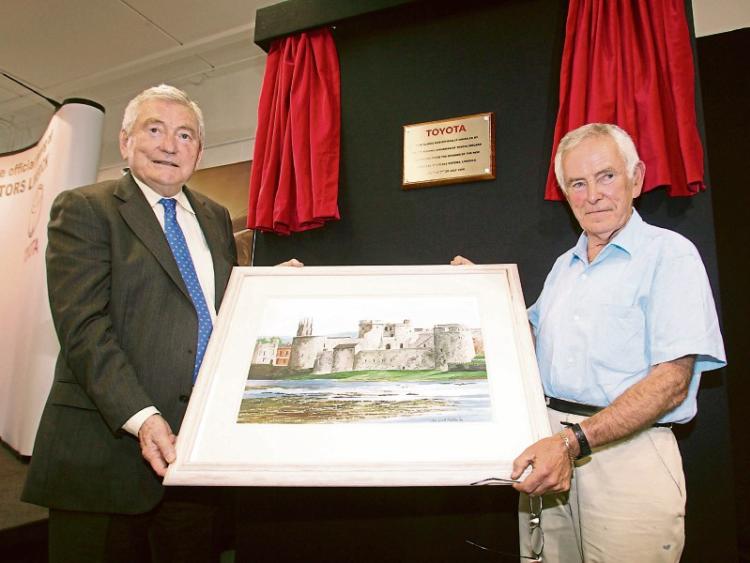 TRIBUTES have been paid to Limerick businessman and former car salesman Tony O'Mara, who sadly passed away over the weekend.

Mr O'Mara, who passed away on Saturday night, ran a car showroom beside the Gaelic Grounds on the Ennis Road for over 35 years.

It was one of the Mid-West region's largest car dealerships in its heyday, being Limerick's main seller of Toyota cars. The business later moved to the Tipperary Road and a huge custom built showroom.

Metropolitan district mayor Michael Hourigan said: "Tony was a great businessman. He was a good employer, and was a special man to meet. We need more businessmen like Tony O'Mara in Limerick."

Magician Steve Spade, who was a nephew of Tony, took to Facebook to write: "You will be missed so much by all your family and friends. Tony and my Dad were very close and worked together for years in the motor trade as Toyota dealers. He was an amazing business man, was great older brother to my Dad, uncle to me and a proud Limerick man."

The business, which still operates on the same Ennis Road site as O'Mara Used Cars, is closed until Thursday as a mark of respect to its “founder”.

Tony will be laid to rest following a Requiem Mass on Wednesday morning at 11am in St John's Cathedral.

He will be reposing at Milford Care Centre on Tuesday evening from 4.30pm.