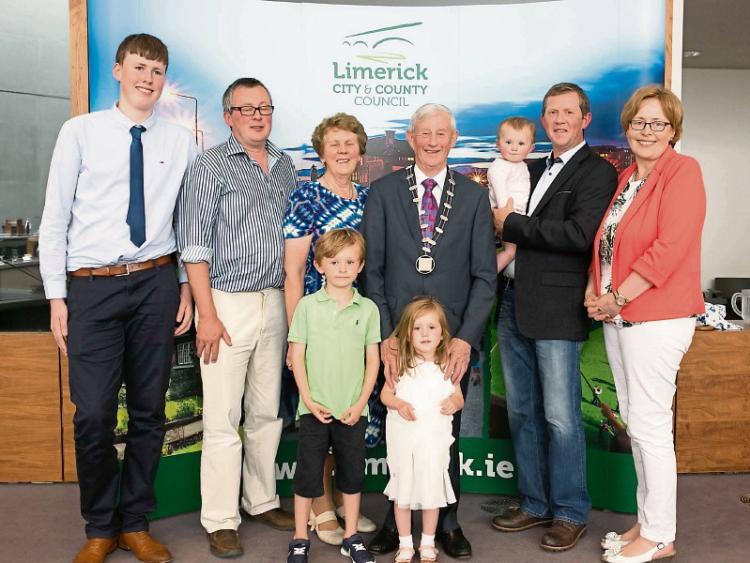 AFTER 27 years in the council chamber Noel Gleeson – the new deputy mayor of the city and county of Limerick – is the second longest serving councillor.

He won his first election in 1985 and would have been a permanent fixture in the council  apart from losing one election by three votes. But the Cappamore man bounced back and being elected deputy mayor was a proud day for him and his family.

Married to Philomena, they have three children – Maurice, Pat and Bridget – and eight grandchildren.

He says a “sense of community” is what made him run for office 31 years ago.

“People often talk about all the money you make, you make nothing in politics at local level. I didn’t go into it for money. I went into it for the sense of community,” said Cllr Gleeson.

There are few local committees he hasn’t served on – GAA club, field committee, Cappamore Development Association, Cappamore Show and the campaigns to save Bilboa National School and LCFE Cappamore from closure. On Thursday evenings you will find him monitoring the car park while bingo is played to ensure there are no break-ins.

He is a firm believer in the power of education and as chairman of the Economic Development, Enterprise and Planning SPC and deputy mayor he is targeting job creation.

“I hope economically that we stay progressing because Brexit could thrown a damper on things. There is a lot of people out of work and we are drawing up an economic plan going forward.

“I want to put emphasis on the ordinary working class person that would work hard if given an opportunity but they are not able to get jobs at the moment. When you see a job posted and you don’t have IT skills you are overlooked.

“I hope that economic plans we are drawing up through the regional authority and the council - will  help the job situation keep improving,” said Cllr Gleeson. As a retired farmer the agriculture sector is close to his heart and he was a chairman of the council’s abolished committee of agricultural, which he said represented what was happening on the ground in Limerick. As a leas cathaoirleach in the old council and now deputy mayor in the new city and county council. Cllr Gleeson  is looking forward to a busy year ahead.