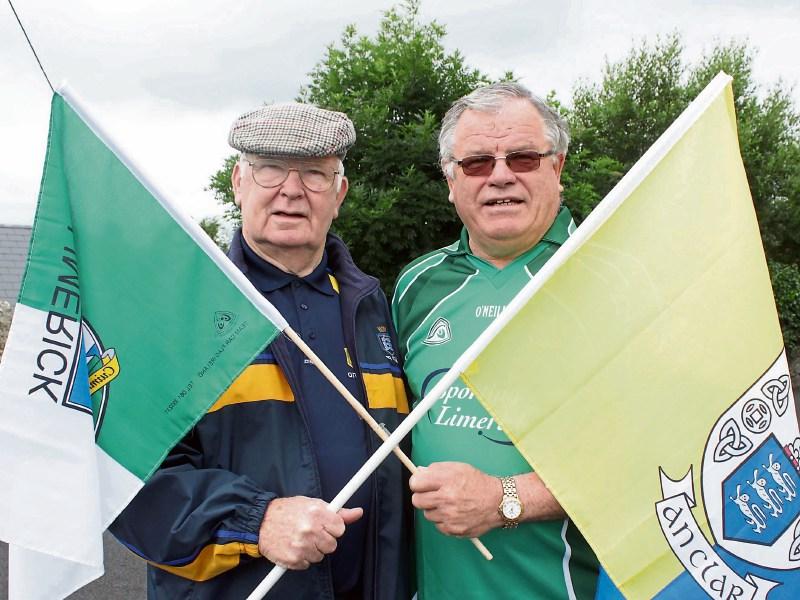 IT IS DO or die for the Limerick hurlers against Clare in Thurles on Saturday evening and Fr Tom Carroll is hoping he won’t be saying the funeral Mass on Sunday.

The proud Limerick man and long-time GAA supporter is the parish priest of Parteen-Meelick-Coonagh. As most of his area is in the Banner County Fr Tom, who is from Effin, is out-numbered.

“When you’re on the border the rivalry is intense,” said Fr Tom, who expects his Clare parishioners to be in chirpy form at Mass on Sunday morning.

“I am very worried but I am hoping for the best – look at what Iceland did in the Euros. Clare will be red hot favourites but you never know, we might come good on the day.  Limerick never cease to surprise us. The day we don’t expect them to win is the day we win. I’m going to light a few candles,” said Fr Tom, who is spot on with his prediction that Clare will be all the rage with the bookmakers.

A spokesperson for Paddy Power said: ”It genuinely is an extraordinarily one-sided market - 93% of the money we’ve seen has been for Clare with only 3% for Limerick. It’s one way traffic with punters weighing in behind the Banner.  It’s not often we see something like it.”

Fr Tom has a busy Saturday ahead with a baptism at 5pm and Mass at 6pm so he can’t go to Thurles. He plans to watch the match in Browne’s Pub in Parteen as the game, starting at 7pm, is only being televised on Sky Sports.

“It will be full of Clare people,” said Fr Tom, with a wry smile. One of them will be Patsy Houlihan, who bleeds saffron and blue.

“Fr Tom is well able to stand his corner! He is very popular here,” said Patsy, who is confident of having the bragging rights on Saturday night.

“If you were a betting man you would have to back Clare but they always found it very difficult to beat Limerick. They should be able to take them but you never know. May the best team win and that is what the GAA is all about,” said Patsy.

Indeed, it is 10 years ago that Ciaran Carey scored one of the best points of all time to put Clare to the sword.

It is a bumper weekend for Limerick GAA fans as the footballers take on Cork in the curtain-raiser in Thurles.

While on Sunday the Gaelic Grounds hosts the Munster Final with an expected crowd of 35,000. Limerick are in the minor final against Tipperary. Gardai warn supporters that the Ennis Road is closed to traffic, there is no parking in the vicinity of the venue and vehicles parked illegally or causing an obstruction will be towed.

“Supporters are requested to arrive in Limerick at least one and a half hours before the senior match starts at 4pm. Vehicles should be parked on the city side of the Shannon where there will be limited on street parking as well as a number of city centre car-parks,” said a garda spokesperson.

Park and ride facilities are being provided from the Limerick Greyhound Stadium; Kilmurry Lodge Hotel; Wickes on the Tipperary Road and Mungret GAA Club.