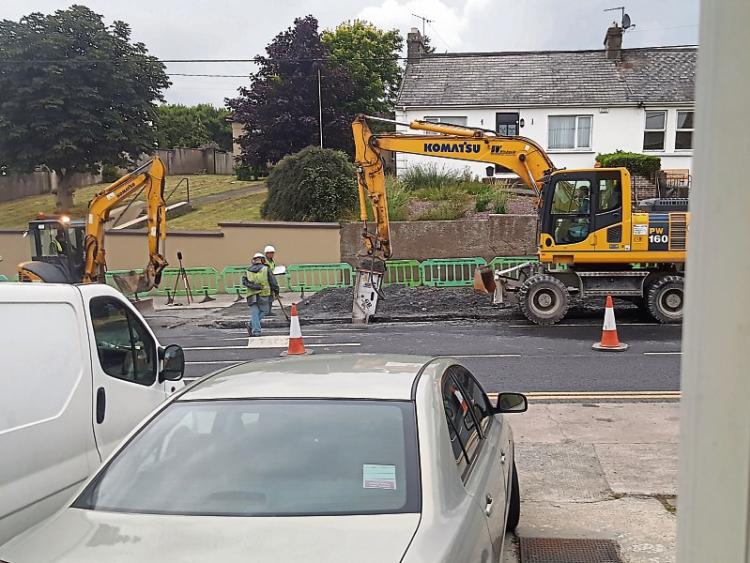 A LIMERICK father-of-two says the decision by Irish Water to work out of hours on the Old Dublin Road in the city has caused “great stress” in his community.

Alan Ryan, who lives on the section of the road near Frank Hogan’s garage, is furious with the state water utility, which is carrying out the replacement of problematic lead piping in the area.

He claims that by working into the evening, late night – and sometimes into the small hours – it has caused chaos for his young family, and also his neighbours.

But a spokesperson for Irish Water says it has implemented a deadline of 11pm each night for activities which “have the potential to cause noise disturbance”.

The company says that, with the agreement of Limerick City and County Council, contractors have been asked to work outside daytime hours to alleviate traffic congestion on the route.

But Alan says: “They come along at seven o’clock in the evening with rockbreakers, and for the rest of the night, they are scraping the road. Kids in the area are going to school, and they cannot sleep at night due to the noise of the work.”

On a personal level, Alan – who believes around 100 people are affected – has to be up at dawn to go to his job as a builder.

“The thing is, it could go quiet for about 20 minutes, and you’re nodding off to sleep, then you just hear a ‘bang’ from a machine. Something has to be done,” he said.

Alan believes it is not a big problem to do the work by day, saying: “They could divert traffic if they wanted to do it. But they seem to have no regard for people around the area.”

Irish Water added: “Every effort is being made to complete these works in a short a timeframe as possible.”