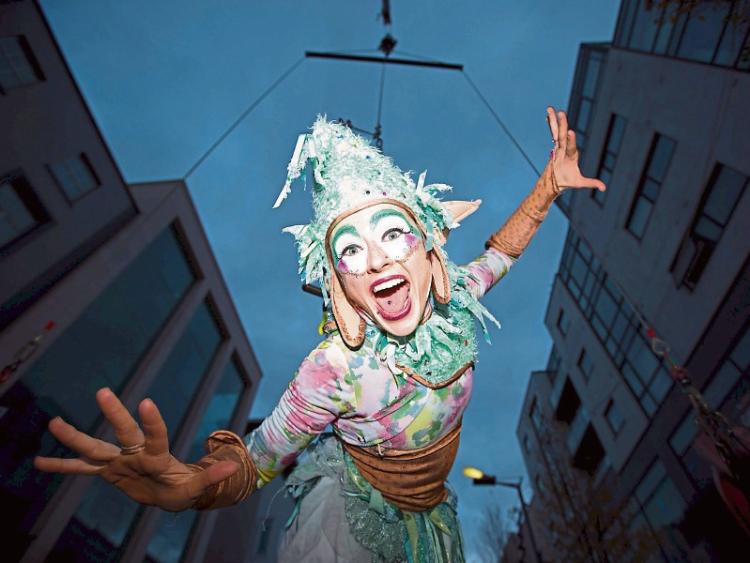 Party like it’s Limerick 2020: Members of the Fidget Feet aerial dance troupe will be performing on the streets next Tuesday Picture: Sean Curtin

LIMERICK will know the fate of its bid for European Capital of Culture in 2020 shortly before lunchtime on Friday, July 15, with an announcement to take place at the National Concert Hall in Dublin.

The lunchtime date is appropriate, as three days before the city will be brought to life for a cultural feast to welcome members of the judging panel deciding on the prized designation.

Limerick’s 2020 team, backed by the local authority, is aiming to transform the city “with a carnival atmosphere around every corner” for a party on Tuesday next as the jury visits.

Mayor of Limerick City and County, Cllr Kieran O’Hanlon, has called for employers to give staff time off on Tuesday to join in the fun and feature in “such an important milestone in the celebration of our culture”.

“Everyone involved has been working so hard and I’m calling on all employers to facilitate staff to take a longer lunch-break or finish early on Tuesday to soak up the unique atmosphere and celebrate their city,” said the Mayor.

“I think it would be a nice gesture for businesses to help in the final push with the announcement of the winning city.”

On Monday night, the bells of all Catholic churches across the city will ring out at 20.20 (8.20pm) to welcome the judges, while on Tuesday, a feast of culture will take place, centred around the returning Culture and Chips festival in the Crescent, starting at midday and running until 7pm.

There will also be events at Cleeve’s, the Urban Garden on O’Connell Street – featuring the Harmony in Hands Deaf Community Choir – the Boardwalk Street Food Market, the Hunt Museum Garden Party, a Science Magic Show at Ormston House, an Eva International symposium and music on the streets provided by the Music Generation Buskers.

Mayor O’Hanlon said: “The celebrations will bring everyone together showcasing what Limerick is really all about. There is a renewed pride in what Limerick has to offer and a confidence that we can deliver, even on the largest scale. The inclusivity that culture has brought to Limerick is important as the city continues to thrives and build on its foundations for the future.”

Deputy bid director Sheila Deegan said the party on Tuesday was to “celebrate the Limerick 2020 bid process and to say a ‘big thank you’ to everyone who has come on board and backed us and supported us throughout the past 18 months”.

“Win or lose next week, the whole bid process has been very important in the re-imagining of culture in Limerick and the place it plays in the overall plan to transform Limerick into the place to live, work, play and stay. We all want to continue to embrace, nurture and deliver culture in an imaginative and inclusive way to the people of Limerick city and county.”