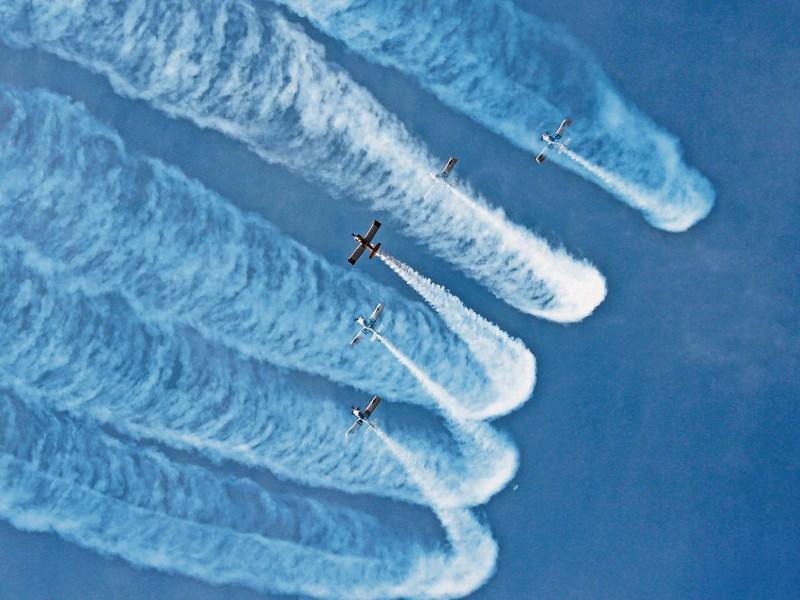 ONE of the Britain’s  top female aerobatic display pilots will make her Irish flying debut at this year’s Foynes Air Show which takes place on Sunday, July 17.

But Lauren Richardson’s  riveting performance is just one of 17 top-class  acts which have been lined up for this year’s spectacle.

And more than 15,000 people are expected to flock to Foynes for the free show which is being hosted by the Foynes Flying Boat and Maritime Museum.

The museum’s director, Margaret O’Shaughnessy, said this week they were delighted to be able to put on the show for the third year running and hoped it would consolidate and build on their previous success.

“We are the only air show on the Wild Atlantic Way and this has increased the numbers of tourists, not only attending the show but coming to the museum as well,” she continued.

Foynes’ history as an international hub for aviation in the 1930s and 1940s makes it the ideal location for this air show, she added, and  this is reflected in the support it receives from main sponsors, Limerick City and County Council and the Irish Aviation Authority.

Spectators will have a chance to see rare and vintage aircraft, as well as unique and hand-built planes. There will be four formation flying teams taking to the skies during the afternoon, including the world class aerobatic display team ‘The Wildcats’ from Norfolk, who will make their first appearance at Foynes, in a pair of Pitts Special Bi Planes.

The day’s entertainment kicks off at 12. 30pm, with a recital by the Garda  Band and throughout the afternoon there will be more music, children’s entertainment and carnival amusements

Other events on the day include a cliff climbing exercise by Ballybunion Sea and Cliff Rescue service at 1.30 p.m and a water safety demonstration by the Shannon based Irish Coast Guard at 2.30 p.m.

The Air Show display proper begins  at 3pm but spectators are urged to come early and enjoy the festival atmosphere. A park and ride service will be in operation.