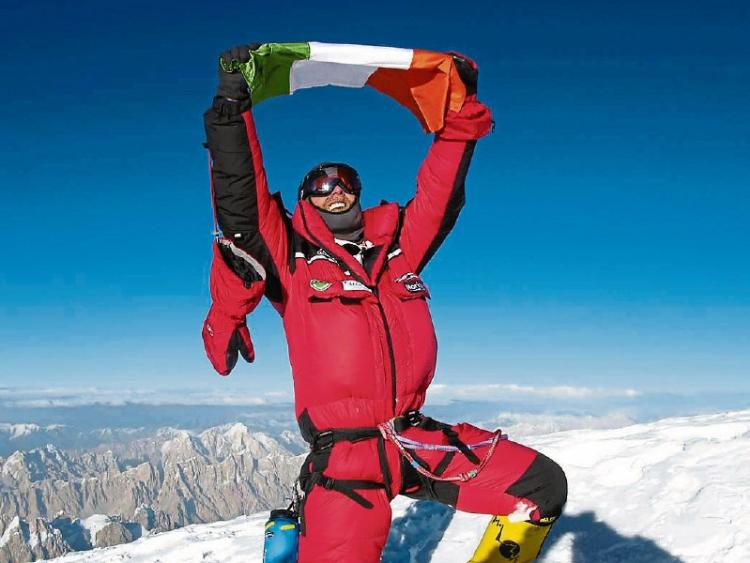 ALMOST eight years after his tragic death on K2, memories of Kilcornan man and ace mountaineer Ger McDonnell live on.

And the man who died while trying to help other climbers make their way to safety on the world’s most treacherous mountain is still helping others, through the annual Ger McDonnell Charity Cycle.

Over the years, the funds raised through the cycle have helped various nominated charities and causes and this year the money will be donated to the Ashley Condon Rehabilitation Fund, Damien O’Brien, Ger’s brother-in-law and one of the cycle organisers explained this week.

Ashley, from Pallaskenry, was just 18 last year when a bleed on her spine led to her being paralysed. “With vigorous rehab sessions, the hope is that Ashley will walk again,” Damien said. And in deference to Ashley, this year’s cycle will end in Pallaskenry and not, as has been the tradition, in Ger’s home parish of Kilcornan.

This is the eighth year of the cycle,  Damien added, and will take place on Saturday, July 9, at 9.15am.  The 112km cycle from Doolin to Kilcornan  retraces a cycle which Ger McDonnell undertook on a summer’s day many years ago while home on holiday. He set out on his brother’s bike to post a letter but, with the weather fine, Ger just kept  on cycling and ended up in Doolin where, to the great bemusement of a couple of old men in a bar,  he had a pint and a sandwich before heading home again.

“We as a committee have been blessed with the amount of support we get each year,” Damien O’Brien continued. And this year again, sponsors have stepped up to the mark. In addition, Munster and Ireland rugby star, Marcus Horan has been an ambassador for the cycle for the past five years.

The cycle always finishes with a flourish and a mighty session. “This year we are delighted to be in a position to be able to auction off on the night in Clancys a personally signed Conor Murray Heineken Cup jersey along with a 2015 World Cup signed Irishjersey,” Damien said.

To book your spot on the cycle or to make a donation, go to the http://www.eventmaster.ie/ webpage and just click on Ger McDonnell Charity Cycle. For more, see Ger McDonnell Facebook page.