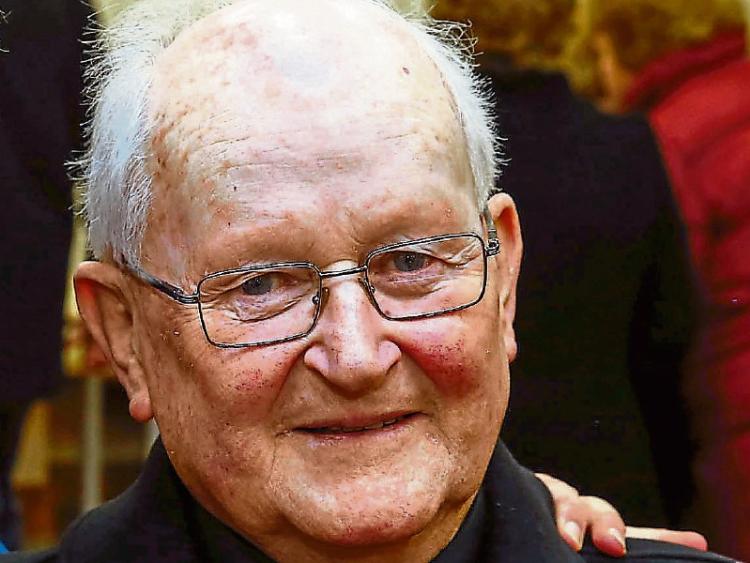 DEVOTED Catholics are said to get their reward in heaven but one popular Limerick-based priest got a small reward for his life’s work by winning a local lotto draw.

His prayers were answered as he is currently undertaking some essential home improvements.

“It came just at the right time and that will pay for it. I got a phone call on the night of the draw and it was a very nice surprise,” said Fr Currivan.

The cheque was immediately lodged into his bank account. Fr Currivan wished to thank Oola GAA and Larry Ryan, who sold him the ticket.

“Larry calls the numbers at the bingo in Caherconlish. He sells them every week at our bingo so we have all been buying them for some time.

“He is a gentleman and we wish him the best of luck with his winnings,” said Johnny. The amount has been building since January 2015 with excitement increasing every week that it wasn’t won.

“Once it gets over €10,000 it really picks up. As well as the locals you have passing trade getting involved too,” said Johnny.

He says local lottos like these are “vital” to communities.

“Ours is one of the longest running. It started in 1999 to pay off a big debt on the hall. We cleared that but then over time other debts arose. It is ongoing and now supports the community centre and the GAA club,” said Johnny. The total is back down to €2,000 but still a very nice sum to pocket for €2 and four numbers. “It’s much better than the National Lottery!” said Johnny.