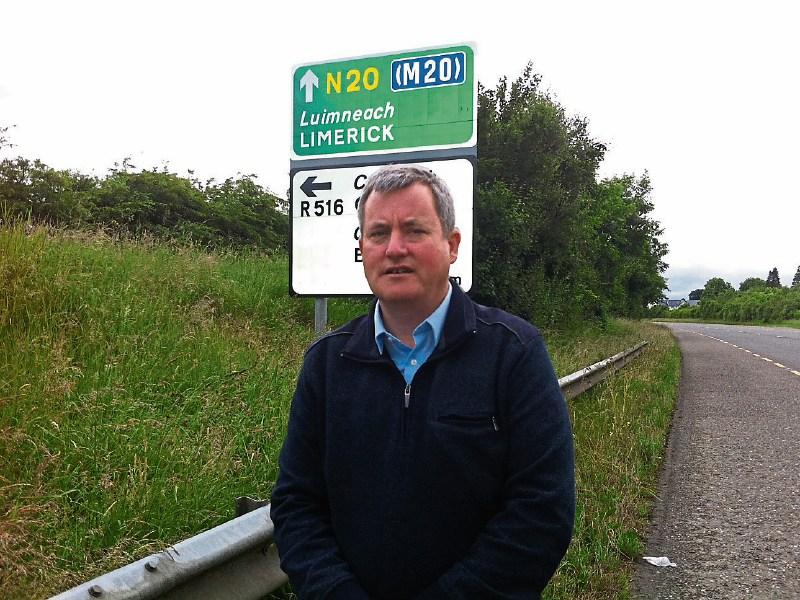 Senator Kieran O'Donnell has raised the important issue of the “much-needed” M20 motorway in the Seanad with Minister for Transport, Shane Ross.

SENATOR Kieran O'Donnell has raised the important issue of the “much-needed” M20 motorway in the Seanad with Minister for Transport, Shane Ross.

It came in the same week that members of Limerick City and County Council’s economic committee passed a resolution unanimously calling for the re-start of designs for the Limerick/Cork motorway.

Senator O’Donnell said as a public representative based in Limerick city he is “acutely aware” of the need, both in safety and economic terms for the construction of this motorway.

“I pointed out to Minister Ross, that in the last 12 months alone there have been nine fatalities on the existing N20 which indicates the clear need for this motorway. Furthermore, I outlined that the economic benefit of linking the two largest cities outside of Dublin speaks for itself.

“I stressed that on a regional policy basis, Ireland needs to grow the western corridor as a counterpoint to Dublin and indeed many people are now commuting daily between Limerick and Cork,” said Senator O’Donnell.

The long delays at peak times due to the roadworks in Buttevant for the last year and the upgrading of the N20 near the Burnfort junction has compounded the frustration of motorists.

Senator O’Donnell said Minister Ross confirmed that the M20 motorway project will form part of the mid-term review of the Capital investment plan.

“To advance this project, I asked Minister Ross to speak with TII (Transport Infrastructure Ireland) about preparing an updated environmental impact report, incorporating an economic cost/benefits analysis of this motorway which he committed to doing.

“A similar report was completed by the NRA in 2009, but, an updated version is now required to progress this project and inform government decisions,” said Senator O’Donnell, who has also written directly to the Michael Nolan, CEO of TII seeking a meeting with him to discuss this project and requesting that this up-dated analysis be prepared and presented to Minister Ross and his department as quickly as possible.