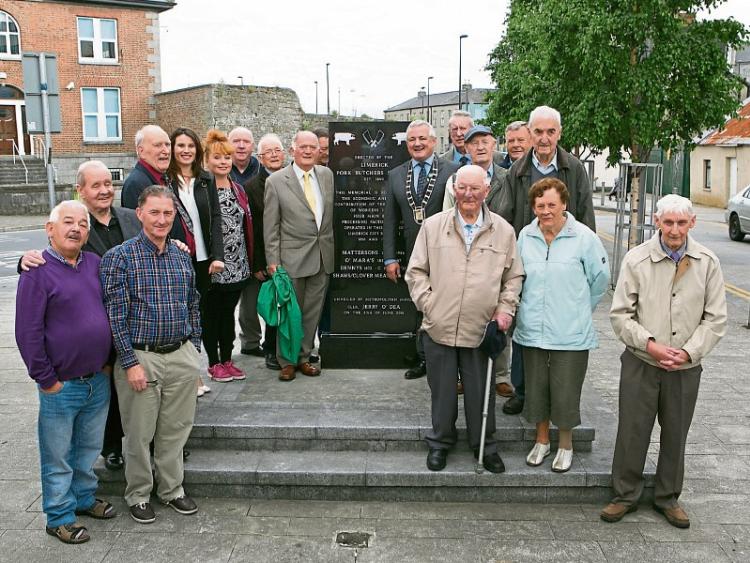 THE legacy of Limerick’s bacon industry has been immortalised following the launch of the first ever commemorative monument in the city centre.

Former workers of the famous Clover Meats (Shaws), O’Mara’s and Matterson’s attended the unveiling of the pork butchers memorial — an idea that was in the pipeline since the closure of Matterson’s, Roches Street, in 1986.

Eddie McNamara who worked with Shaws and Clover Meats for 50 years said that it was a “great occasion and a great way” to remember Limerick’s Pigtown industry.

Larry Duggan, who worked in O’Mara’s for 24 years and Clover Meats for three years, said that it was a “sad time” when the last of the factories shut down in the 1980s, and that the European Economic Community (now EU) made it difficult for them to compete internationally.

Fianna Fáil councillor Jerry O’Dea unveiled the memorial on his last day as Mayor of the Metropolitan District.