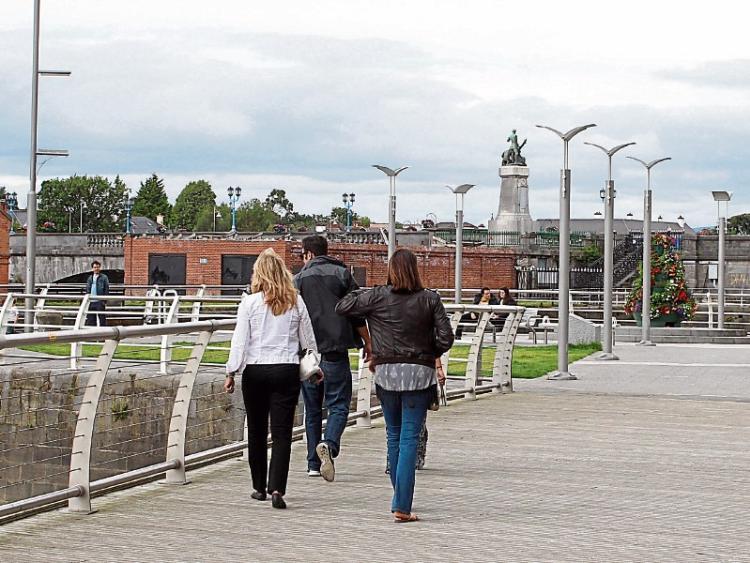 LABOUR councillor Joe Leddin has called on the local authority to erect temporary bins along the river quays.

With the advent of temporary food stalls on a Wednesday, and other activities set to take place on the riverside this summer, Cllr Leddin believes it has brought about a need for locals and tourists to have a place to discard their rubbish.

He said: “Having been on the boardwalks, the food stalls are absolutely fantastic, and add a really continental flavour to the city. But it raises the question of a lack of bins.”

He pointed out that in Kilkee, Clare County Council had erected around 20 bins for the summer season.

“It is something we might want to consider,” Cllr Leddin added.

Fianna Fail councillor Vivienne Crowley called for extra bins to be erected at the Westfields Wetlands claiming the area has become a “hotspot” for dumping.

And Cllr Paul Keller, Anti-Austerity Alliance added the Clare Street approach by the Abbey Bridge is in need of bins.

“There are four bins missing, and the general area has become very shabby. In Athlunkard Street, weeds are growing out of the bins,” he explained.

Tara Flanagan, senior executive engineer, operations and maintenance services said: “Temporary bins would be very difficult to manage in terms of movabvility and probability of being used for illegal dumping”. Pointing out there are ten bins between Shannon Bridge and Sarsfield Bridge, seven at O’Callaghan Strand and five in Clancy’s Strand, she said these numbers should be “adequate”.