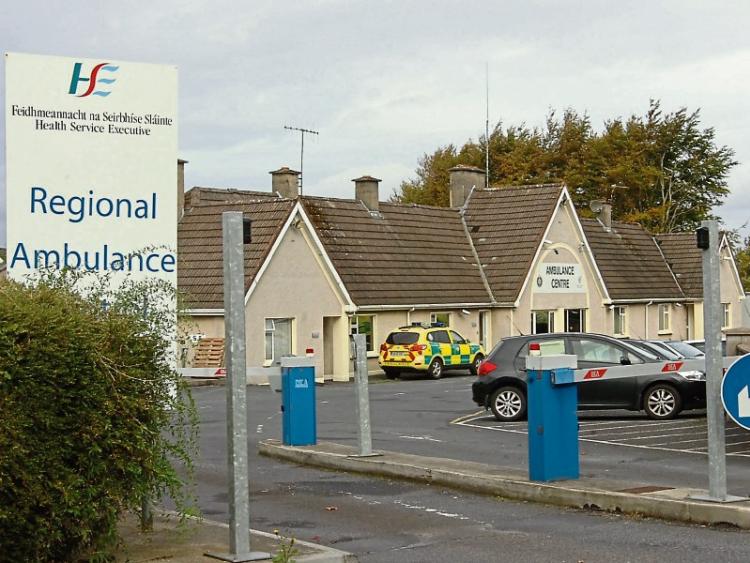 The current ambulance centre, across from University Hospital Limerick, in Dooradoyle

THE main ambulance base in Dooradoyle will move to a new location in Mungret, after the National Ambulance Serv-ice secured funding for a relocation, the Limerick Leader has learned.

According to the HSE, a site has been identified at Castlemungret and a planning process is currently underway.

The current ambulance centre is located across from the University Hospital Limerick, in Dooradoyle.

However, mixed views have been expressed, by elected representatives on the regional health forum, in relation to the relocation.

“There is not enough cover throughout the whole country, and in Limerick especially. There have been numerous incidents, at UHL and the rest of the country, where ambulances arrive and they have to sit and wait for hours before they can get admitted.

“That is also a problem with the A&E services. And from my own time at the forum, I can see that there just isn’t enough cover for the whole country, when ambulances are sent to an emergency,” he explained.

However, Cllr McCreesh said that the new base could create greater accessibility during emergencies.

“From the point of view of relocating the ambulance service to a new location that is close to highways, that would definitely be beneficial. But it depends by how many ambulances they are going to increase. Are they going to increase the number of ambulances?”

The Leader put a query to the HSE, concerning the number of staff and ambulance vehicles that will be stationed in Castlemungret, the funding secured for the relocation, and what will happen to the old Dooradoyle base.

The HSE, which processes all NAS statements, has yet to issue a response in relation to these queries.

Cllr McCreesh said that the current base faces “gridlock” in Dooradoyle.

“This is becoming more of a problem, definitely from an emergency point of view. They [the ambulance] are always making their own diversions to try and beat the traffic, from what I can see.

“But they still have to come back through the same traffic, to get back into the hospital. But I presume, whatever emergencies they are responding to, the motorway would make it more accessible.”

Fianna Fáil councillor Francis Foley, who resides in Abbeyfeale, said that he could not see a reason for the relocation.

“Back in the west, Dooradoyle has always been the ideal situation. From what I know, in terms of Croom and Newcastle West, Dooradoyle would be the most suitable for us. It is different when it comes from the other side of the city.

He added: “Communication and accessibility are the most important things here. For me, I can’t see why they are changing it. And rather than putting them into new buildings, they should put in more ambulances. More ambulances, I think that would be the way forward, then buildings.”