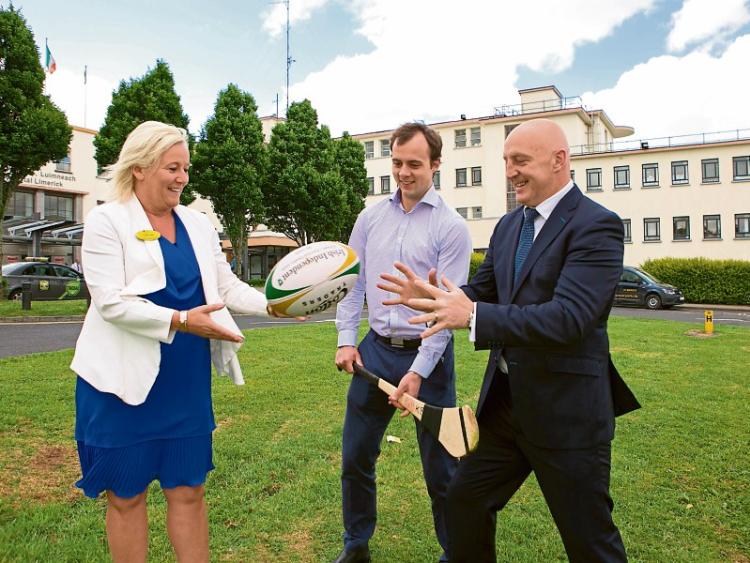 THE UL Hospitals Group has officially launched a new strategy that will aim to improve the health and wellbeing of 400,000 people across the Mid-West, over the next four years.

Chronic disease prevention, obesity, exercise, mental health, healthy eating and hospital standards form part of the group’s 60 key priorities, in its new Healthy Ireland project, which is to be delivered by 2019.

Launching the plan at University Hospital Limerick, CEO Colette Cowan said the four-year strategy is “potentially the most transformative initiative ever undertaken in the Irish health service”.

The plan emphasises healthy living for young people, the monitoring of pregnant smokers, the employment of senior professionals to tackle chronic disease, and a focus on early intervention to avoid hospital admissions.

By the end of 2016, there will be a full review of mental health services , crisis and suicide prevention services in its hospitals. By then, an individual Healthy Ireland plan will be implemented at UHL, University Maternity Hospital Limerick, St John’s Hospital and Croom Orthopaedic Hospital.

The group will take on a health promotion officer, senior diabetes dietitians at UHL and UMHL, and two midwife specialists in breastfeeding, in early 2017. There will be a review of supports for pregnant smokers and alcohol referrals in pregnancy by the end of 2017.

In the last quarter of 2017, the group will record the number of alcohol presentations in the UHL A&E and the local injury units across the group.

Plans for 2018 include the employment of a senior physiotherapist, a senior occupational therapist and a speech and language therapist for chronic disease. The group will also progress the screening of all people over 65 for delirium and dementia, by March 2018.

Ms Cowan said that chronic disease prevention will be part of every staff member’s role. There are more than 3,300 staff within the group’s six hospitals.

“Our ambitious targets are driven by the urgent and recognised need to stabilise the number of patients presenting with chronic disease to our hospitals, and it will centre around a model of sustainable healthcare.

“One of the aims of the plan is to ensure that with the right education, care and treatment at home, patients can empower themselves to keep well longer and avoid hospital admissions.

“But we have to ensure that when they do visit that not only are we providing the safe quality services which people expect but that we are on message with the Healthy Ireland agenda,” she said.

She added that if the Healthy Plan is successful, it will “lead to vastly improved outcomes for our patients and countless billions in savings for the Exchequer”.

HSE national director of health and wellbeing, Dr Stephanie O’Keeffe said that there will be an emphasis on health education, tackling food poverty, and embedding a “culture of physical activity” in young people.

“All of the evidence shows that the earlier you intervene, and the money you spend on intervening earlier, will give you huge benefits, way beyond the money that you spend. It’s really cost-effective to do early intervention,” she said. She commended the Regeneration programme for its role in early intervention initiatives.

The Healthy Ireland report states that there are “significant pockets” of deprivation in the Mid-West, with Limerick city as “one of the most deprived local authority areas” in the country.

Healthy Ireland chairperson and former rugby star, Keith Wood welcomed the plan. He said, at the launch, that all HSE staff will have to be “the advocates of what it means to be healthy and Irish”.

He added that being healthy involves being active in exercise or sport, as well as an “appropriate” diet.

“If there was a drug that had the benefits of 45 minutes’ or an hour’s exercise would do every day, and it gave all the benefits for mental wellbeing, for health, for heart, for diabetes, for all those risk items that we know we have in our future. If there was a drug that did what exercise did, it would be sold-out in the morning. Well, it isn’t a drug and doesn’t cost anything. It requires for us to talk about it, and that’s what this [HI plan] is about,” Mr Wood said.

Group chief financial officer, Hugh Brady said that the new plan is also about improving the health and wellbeing of the staff delivering the strategy to the patients.

He commended the hospitals for introducing art and music programmes “to make our hospitals more welcoming and less forbidding places for patients”.