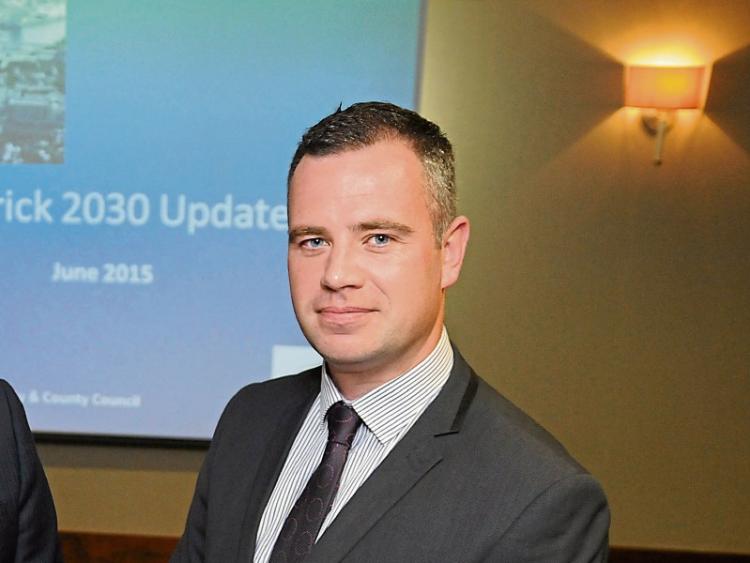 BUSINESS leaders in Limerick have been reacting to the Brexit vote this morning, with many admitting to being ‘shocked’ by the result.

As news emerged that 52% of Britons had voted to leave the European Union, local business figures were gathering at a Limerick Chamber of Commerce breakfast briefing in the Castletroy Park Hotel.

James Ring, chief executive of the chamber said he was “shocked, very shocked” by the result.

“The sense in the room is fear of the unknown,” he said.

“Is Donald Trump as US president the next thing?" she wondered.

The vote has sent shockwaves through the local tourism industry, with a 10% fall in Sterling in the immediate aftermath of the vote leading to fears that British visitors could opt against travelling to Ireland this summer.

Maria O'Gorman Skelly of the Limerick Strand Hotel said: "I went to bed and thought it was going to be okay. Now I'm shocked."

Mairead Connolly of PWC Limerick predicted that there would be “turbulent times ahead”, while Pat Daly, economic director of Limerick City and County Council, said: "Everyone here is taken aback but we'll have to see what the opportunity is for us."

Reaction from our reporter @Nick468official, an Englishman in Limerick who flew over this week to vote Remain https://t.co/e0WU4CY6hg

Meanwhile, Anthony Coleman of the Local Enterprise Office warned that the Limerick SME sector would be under pressure because of the cost of selling into the market.

The Chamber has since issued a statement on the referendum result, with James Ring saying: "This is a decision that was clearly not our preference from a business and economic perspective in Ireland but the very positive relationship between our nation and the UK, and not least in the context of enormous strengthening of diplomatic ties over recent years, will stand Ireland in good stead as we adjust to the UK exit from the EU.

"The UK is one of our main trading partners and we have a very strong two-way economic relationship. What we now need to do at Government level is to explore how, within this new context, we can consolidate this relationship and best position ourselves in this new European reality with the UK.”

Elena Fitzgerald of the Woodlands hotel in Adare said she was less concerned about the immediate impact of the leave vote than about the longer term effects.

“You are always worried that something like this would cause recession. As their nearest neighbours we are going to feel it first,” she said.

Ms Fitzgerald, who is also the chairperson of the Shannon Branch of the Irish Hotels Federation, said the instability caused by the vote could have a more damaging impact that any short term currency fluctuations between Sterling and the euro.

“We are only barely back on our feet again, particularly at a rural level. We can’t afford anything to jeopardise where we are at.”

Labour TD Jan O'Sullivan said: "Overall, most certainly, we should stay in the EU and I think it’s very disappointing that Britain has gone out and it’s a real challenge for Ireland because of the border.

"We are only just coming to terms with it now, what happens with pensions?, what happens with Irish people working in Britain? There are a whole lot of questions and we don’t know the answer to a lot of them yet because this is completely unchartered territory.

"All political parties in Ireland need to work together, along with our government, to make sure that we do the best possible thing for their Irish people so we shouldn’t be playing politics with it."

Fianna Fail TD Niall Collins said he was "shocked with the result, I turned off the television last night expected the result would be the opposite to to what we have this morning, that’s what the predictions were.

"I think the result will have enormous ramifications for this country, all of which have been well aired - for example border controls, trade and basic inconveniences that people will have to endure if travelling to the UK because they won’t, be, potentially, part of common travel area.

"It’s going to impact us on so many fronts and I think that now it’s now the job of government to try and make sure the impact of that doesn't impact us as negatively as it potentially can."

We're looking for Limerick's British expats to share their views on this morning's #Brexit result. Contact us at 061-214515 @Limerick_Leader

- More updates and reaction as we have them. Stay with the Limerick Leader on Twitter and Facebook.