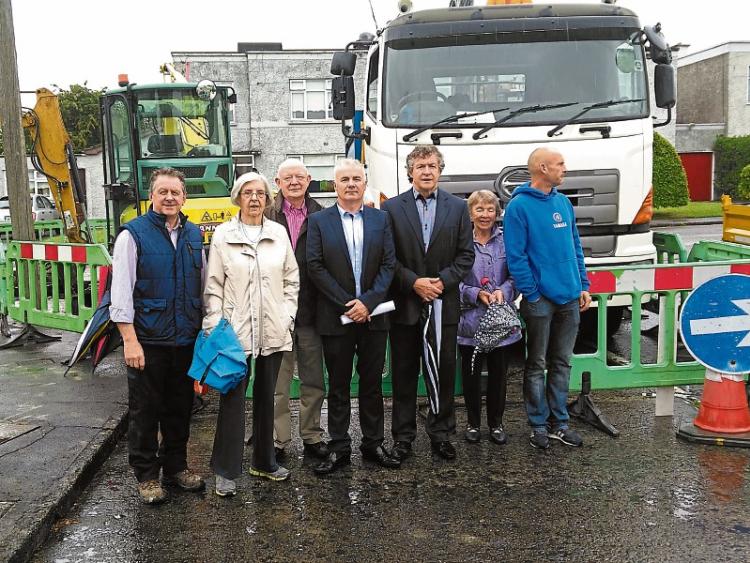 Residents in the Irish Estates, Corbally are furious that some will have to pay for lead pipe replacement, while others will not

HOMEOWNERS in the Irish Estates in Limerick are having to pay to have their lead pipes replaced, it has been claimed.

Irish Water in conjunction with Wills Bros Ltd is currently carrying out a water rehabilitation programme in the area, which will see a selection of houses have their pipes replaced.

But local resident and activist Nicky Hogan, who lives in Rhebogue Avenue, believes that around 36 of the 170 houses in the estate will not get their pipes replaced – and could end up paying up to €7,000.

While this may in part be subsidised by a grant of up to 80% of the costs, Mr Hogan says it is an “injustice” some have to pay, and some don’t.

”It is a disgrace, and a scandal waiting to be exposed,” he said.

Flat-roofed homes and some pitched roofed with a shared connection are having the work done by Irish Water, he said, while householders not on shared services have to pay.

Local councillor John Costelloe says some residents in the Corbally estate are falling victim to a “lottery system.”

“The residents of Rhebogue Avenue and Plassey Avenue are baffled and are questioning how Irish Water has decided which house will or will not have works done,” he said, “All the people in this estate should be treated equally and lead pipes which are dangerous should be replaced.”

Mr Hogan said it is mainly older people who could face bills, adding: “These are people who have worked all their live, paid their taxes, and reared their families, but are now being told that even though they have bought their house, and gone through the proper legal conveyancing, the lead piping coming into your house is your problem.”

He said Wills Brothers could easily carry out works to the outstanding houses, meaning many in the 36 outstanding units will not have to pay a plumber.

”Why should they be holding us to ransom expecting us to spend our money on something like this? The HSE under its various guises has always said lead piping is hazardous to health. It has no place at all in the human body,” Mr Hogan said.

A spokesperson for Irish Water said priority sections for replacement of water mains are “identified by advance surveys including a review of water quality issues, burst histories and low pressures concerns in conjunction with a hydraulic model for the city.”

They said that the pipes not to replaced supply just one property each, and are not suitable for replacement.

The spokesperson confirmed a grant is available to homeowners to assist with the cost of replacing lead pipes and fittings containing lead. More information at 01-8882000.