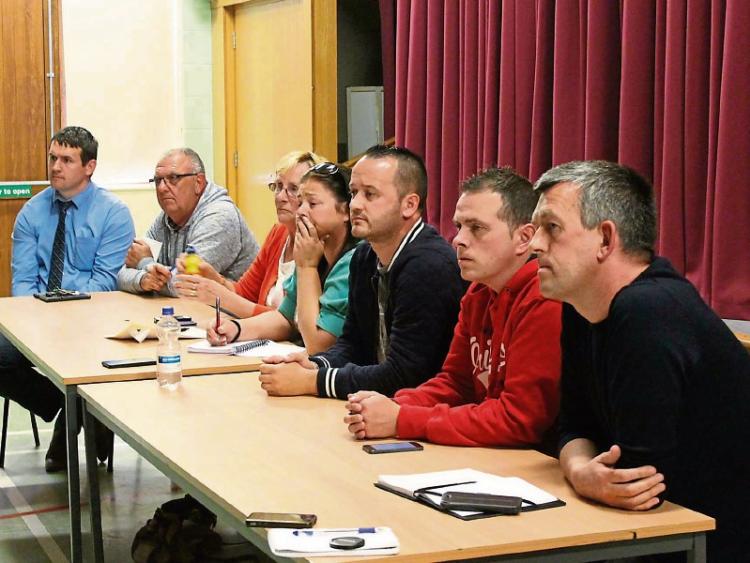 NORTHSIDE residents have passed a motion of ‘no confidence’ in the regeneration process in Moyross.

More than 100 people were in attendance at a special meeting held in Corpus Christi school, where concerns were specifically raised about a plan for 40 new houses for Cosgrave Park, plus planned in-fill housing at the entrance to Cliona Park, an alleged loss of privacy, and problems caused while building.

During the course of this meeting, the chairperson Ellen Duffy asked: “If you are not confident in the regeneration process, please raise your hands”.

Almost everyone in the hall did so.

One speaker, who did not wish to be identified, pointed out Limerick Regeneration had knocked 500 homes in the estate at average cost of €30,000 each.

“What could have been done in terms of social interventions instead,” he asked.

Br Damien, Franciscan Friars of Moyross, said: “If Regeneration is really about people, then why do they treat them as a business? They just look at this area, and see euro signs about the place.”

Delma Fahy, who has lived in Cliona Park for 43 years said: “The way I feel, I feel like just giving up my house and walking off”.

Irene Blake is concerned at a perceived loss of green space when 40 new houses are built in Cosgrave Park.

However, a council spokesman said: “In relation to the green space at the new Cosgrave Park units, these spaces have been reconfigured to achieve better utilisation. The loss of space, however, is marginal.”

The spokesperson pointed out that there had been an "extensive period of consultation with regard to each individual project prior to a planning application being lodged. After it is lodged there is a further period for submissions or observations to be made on the application.

"In the case of the much needed Cosgrave Park and Cliona Park housing projects, local authority members have been unanimously in favour of both.

"Specifically with regard to Cliona Park, there are no reports of anti-social behaviour. We are seeking to future proof this also by eliminating blank gables by fronting buildings out onto streets to overlook those streets and ensure there is passive surveillance, which is a huge deterrent to anti-social activity."

At the meeting, fears were also raised the construction of new units, and the resultant cereation of new alleyways would lead to gangs of youths – who locals say will have nothing better to do – “drinking”, “smoking” and causing “anti-social behaviour.”

The meeting turned heated, and the three politicians present, Cllrs Frankie Daly and John Costelloe, plus Maurice Quinlivan were criticised after they pointed out the need for social housing.