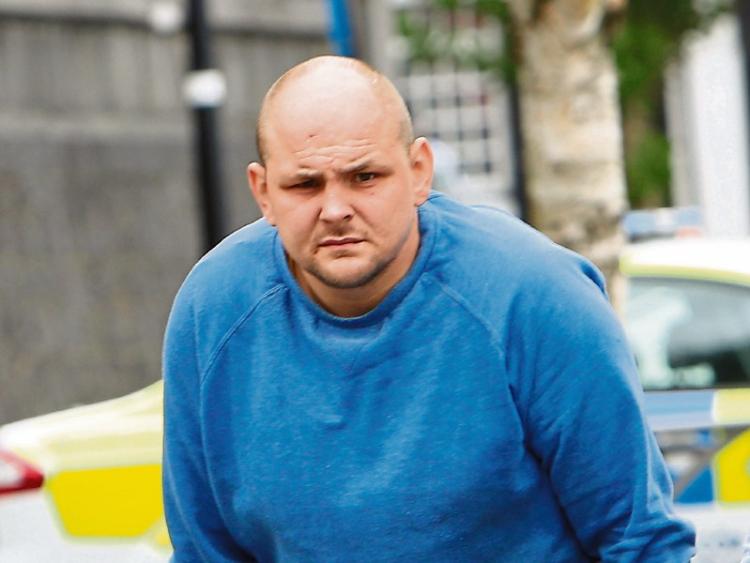 Raymond McDonagh was remanded in custody after his bail was revoked

A MAN who is accused of unlawfully seizing a vehicle in the city last week had his bail revoked after his mother asked that he be arrested.

Raymond McDonagh, aged 27, who has an address at Ard Alainn, Main Street, Bruree was granted bail last Tuesday when he appeared in court charged in connection with an incident at Mulgrave Street on June 12, last.

It is alleged he approached the owner of a 131-registered Nissan Qasquai and struck her with a crutch before forcing her to get back into the vehicle.

It is the State case that he then drove off at speed before allowing the woman to get out in the Ballysimon area.

The alleged victim – a woman in her 30s – was treated at University Hospital Limerick (UHL) following the incident and her car was recovered that night from the sea at Quilty in West Clare after it was seen entering the sea near the local pier.

Despite a strong garda objection, the defendant was granted conditional bail subject to his mother acting as independent surety and lodging €3,000 in cash with the court.

However, on Friday, less than 48 hours after her son was released on bail Mairead McDonagh applied to the court for an arrest warrant.

In direct evidence, she told Judge Marian O’Leary she did not believe her son was taking his bail seriously and that she was concerned her money “may be in jeopardy” as she did not feel she could fulfil her duties as an independent surety.

“I feel very hurt over it,” she said adding that she had tried to speak to her son about her concerns.

Solicitor John Herbert said his client was not seeking bail and Mr McDonagh was remanded in custody until this Tuesday, June 21 when he will appear before the court via video link.

The judge ordered that all necessary medical and psychiatric assistance be provided by the prison authorities in the meantime.

She made no order in relation the cash which was lodged by Mrs McDonagh.