'Up to 1,000 properties in Limerick at risk of flooding' 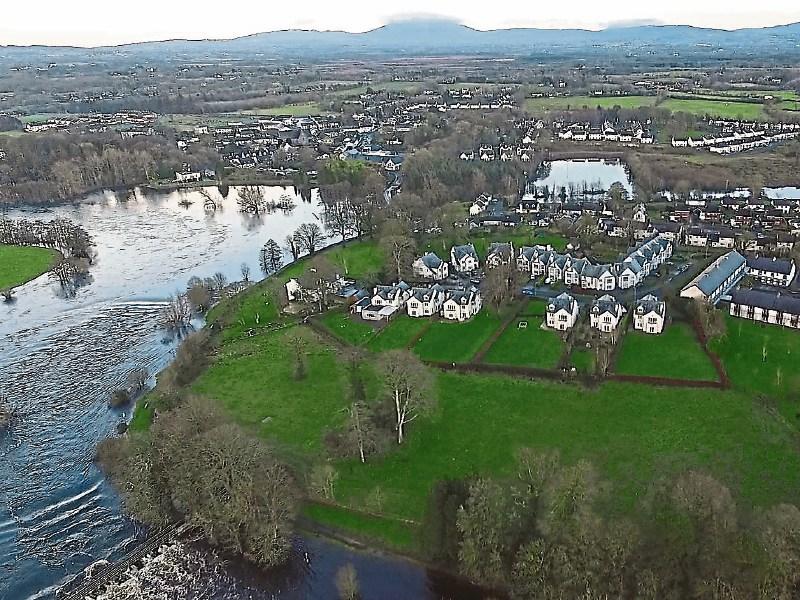 THE RECENT dry spell is in stark contrast to the turn of the year when homeowners in parts of the county were under siege from rising flood waters.

On Friday the public was invited to City Hall to meet with representatives of some of the 21 strong Shannon Flood Risk State Agency Co-ordination Working Group.

Chairperson of the Office of Public Works, Clare McGrath said the purpose of the day was to allow the public to engage with all the State agencies involved in the working group around flood risk.

“The group, chaired by the OPW, has met on a number of occasions and has produced a work plan around flood risk. Each of us has individual responsibilities but collectively around flood risk. What are the things that each of us are doing that is helping and benefiting flood risk management. We have produced that plan.

“We want to engage with the public on the work programme so we have had engagements in Athlone, Carrick-on-Shannon and now here in Limerick. They can have local questions addressed by people on the ground. What I would like to see when we are done is the feedback put up on the website and take that back to the next meeting of the work group,” said Ms McGrath.

In the plan, which is available at opw.ie, Limerick City and County Council says, “Upto 1,000 properties could be at risk of flooding in the Limerick area if new infrastructure is not provided”

“CFRAMS [Catchment Flood Risk Assessment and Management] has identified a large number of areas in Limerick that are at risk of flooding and where new flood defence infrastructure will have to be constructed including Montpelier, Castleconnell, Ballyvolane, Annacotty, Corbally, King’s Island, Limerick city, Condell Road, Foynes and Askeaton,” say the council in the work programme.

In response to a question from Cllr Joe Leddin at the full meeting of the council in May, the local authority is involved in nine flood relief schemes – King’s Island, Foynes, Askeaton, Condell Road, Corbally, Brown’s Quay, Ballyorgan, Ballysteen and Shanagolden.

Upgrading the defences at Verdant Place, King’s Island goes to tender this week with works expected to commence in September.

The Government has earmarked €430m nationally for the roll-out of flood defence schemes over the next five years.

“It is very important that I say this is about protecting the people at the greatest risk and greatest impact in their homes. So what we are looking at here is prioritising around urban, city, villages, where you have communities,” said Ms McGrath.

During the flooding crisis in December 2015 and the early part of 2016 there were calls for one single lead authority for the River Shannon as “too many cooks spoil the broth”.

Ms McGrath admitted it is a “complicated process”.

“There is no doubt about it because everyone, rightly, has something maybe to say in relation to a scheme and its impact. Certainly I could take the line we will put in 20-foot walls down the town, divide the town and there you are protected against floods but you will need to drive 40 miles to get to the other side.

“You could take the engineering side and say there is a straight forward solution but that is not what we do obviously because you are in communities. You have to look and say what is the optimum to give the benefit of the scheme but actually will work for the town as well  and that is challenging because different people will have different views but what is most important is that when we do it it is the right scheme for the place,” said Ms McGrath.