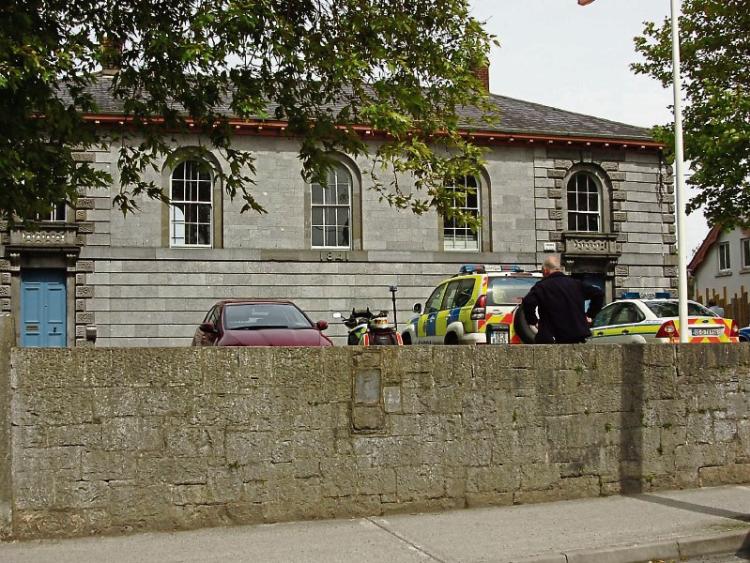 A FATHER and daughter were fined at Newcastle West district court over a public order incident involving rival Harty families, outside the same courthouse in March.

Garda Keith Hughes gave evidence that he was on duty on March 11 last when he heard a commotion outside the courthouse. He went outside and saw Ms Faulkner “roaring and shouting obscenities directed mainly at gardai”.

He asked her to stop shouting and leave the area but she continued to shout obscenities, calling gardai “c***s”. “She told me to go f*** myself,” Garda Hughes said.

“I was left with no option but to arrest her,” he added.

In her evidence, Ms Faulkner denied using any expletives. She said she had been leaving the courthouse when she saw her father being pushed against a wall with blood coming from his hand.

“I wanted to go over and see was he okay,” she told the court.

The mother-of-three claimed that there were members of another family across the street shouting and screaming and that the gardai did nothing about it.

She admitted that she was upset at seeing her father being arrested but denied cursing at anyone. “My main concern was my father,” she said.

She also claimed her brother had been assaulted outside the courthouse and had blood coming from his nose.

“My brother was after being assaulted and members of the gardai stood by and did nothing,” she said.

Ms Faulkner also claimed that, after she was arrested, she repeatedly asked the garda why she was being arrested. “He turned around and said to me: ‘Are you retarded - can’t you read?’,” she said.

In his evidence, William Harty, 53, claimed that his son had been assaulted at the entrance to the courthouse by members of a rival Harty family.

“I was upset that my son was after being assaulted,” he told the court.

“The people who assaulted my son should have been arrested but there was nothing done about it,” he said.

“There were two gardai standing there when he got assaulted watching it.”

He also claimed that his finger was cut after he was knocked over a low wall by gardai during his arrest.

Under cross examination by Inspector Brian O’Donovan, Mr Harty denied being aggressive outside the courthouse.

He accepted that he refused to comply with the instruction of a garda to leave the area but said this was because he felt it would not have been safe to do so while members of the rival family were across the road.

“My car was parked across the street and I would have had to walk right by them to get to it,” he added.

He also suggested that he was targeted by gardai because of a complaint made to the Garda Ombudsman concerning his family.

Detective garda Jason Mitchell told the court he had arrested Mr Harty after he refused to leave the area. “He was extremely aggressive and threatening,” said Garda Mitchell.

After asking Mr Harty to leave, the defendant replied “I don’t give a f*** what you say. I am going into the court”. He then attempted to push past him into the courthouse, the garda said.