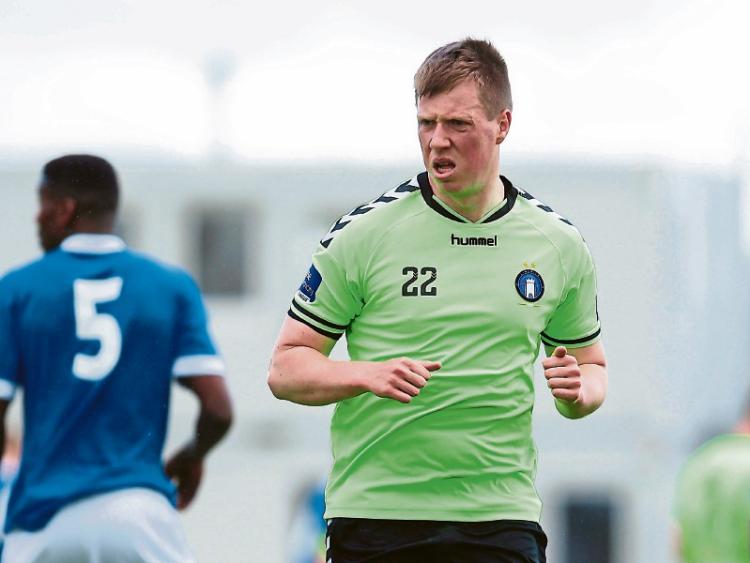 BRUFF awoke on Tuesday morning to find its good name besmirched in what Cllr Bill O'Donnell calls an “imbecilic article”.

A former Dundee United soccer player, who lived in Bruff during a brief spell with Limerick FC, painted a picture of the thriving town in The Herald Scotland newspaper that beggared belief.

Jordan Moore, aged 22, spoke of horses being tied to every second lamp post, cows being put into shops and schools, IRA threats, being haunted by a nun and the "sound of scraping on the walls inside the room". He described Bruff as the “weirdest village” with “more horses than cars”.

This Wednesday morning, a two hour meeting involving a number of organisations took place in the town. Afterwards, Mark Nagle, chairman of Bruff/Grange/Meanus Community Council, issued a statement on their behalf.

“Whilst we have some sympathy for this young player we are disappointed. Jordan has learned a valuable lesson about being less than truthful. He  has embarrassed his club, who like us has been very good and compassionate to Jordan, but he has not done any favours to a fine town that welcomed him with open arms. His comments are more related to historic caricatures of Irish towns that are promulgated by lazy journalists. As a community we wish him well and send best wishes for his future,” said Mr Nagle.

However, residents and visitors will not recognise the place he has described..

“This is a wonderful historic town, as the history books say ‘a place of importance’. A place where Sean O Riada first played in public; in the courthouse the right of legal representation of the accused was first established; the influence of George Clancy, educated in Bruff, on James Joyce has been acknowledged; a vibrant and modern community with a plethora of sporting and cultural organisations who work closely together.

“For anyone who has any doubt about us come and visit us in Bruff, and follow in the steps of Kim Kardashian and Kanye West, Caroline Kennedy, Dolores O’Riordan, John Hayes, Jon Kenny and Pat Shortt - all who have enjoyed many visits to our fine community and its establishments,” said Mr Nagle. Bloomsday – the biggest outside Dublin – takes place this Thursday.

Jordan apologised on Twitter and in an email to Limerick FC and said: “I am writing to apologise unreservedly for any distress I may have been caused by the coverage in today’s newspapers. It was completely unintentional.

"My comments have been taken out of context and sensationalised, particularly about the town of Bruff. The people in the town were extremely nice to me during my time there and I am sorry for any offence and distress I have caused.”

The journalist who wrote the article, Neil Cameron, said the comments about Bruff weren’t taken out of context and sensationalised.

A spokesperson for Limerick FC said they were “hurt, angered and dumbfounded” and “utterly refuted” what Jordan said in the story.

“The club received an apology from Jordan Moore in which he states the comments are ‘taken out of context and sensationalised’. We find it very difficult to accept the apology at this time.The club will be making no further comment as we seek further advice,” said the spokesperson.

Cllr O’Donnell said: “if it wasn’t so derogatory it would be comical”.

”His comments are completely untrue. I don’t believe in the short or long run this is going to do any damage to the town,” he added.

Deputy Niall Collins thought it was a “bad joke” after reading the article.

“Sadly it’s not and I have received many calls from proud Bruff people very angry at the undue negative publicity this has attracted. Bruff is one of the finest towns in County Limerick. I note that Jordan Moore has apologised for his comments via Twitter, for me this is a cowardly way out. He owes Bruff and its people a proper apology,” said Deputy Collins. Cllr Brigid Teefy said Bruff is a thriving town with a wonderful community spirit.