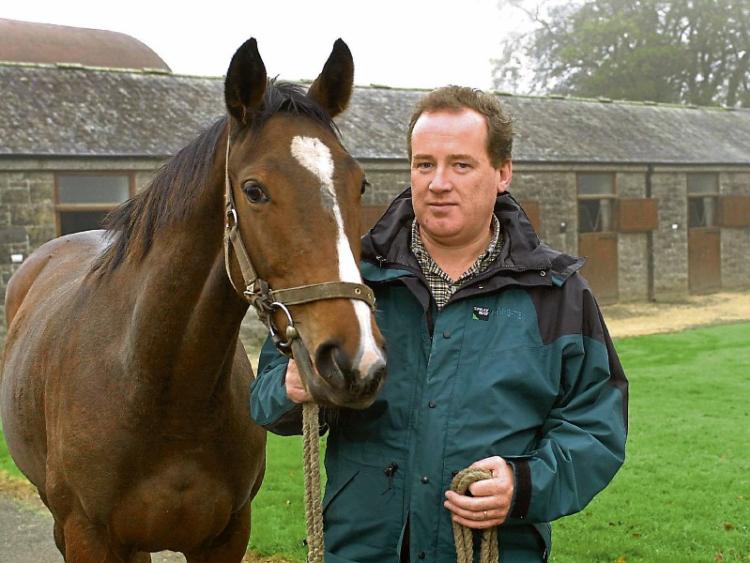 ALLEGATIONS of a sexual nature against an internationally renowned stud farm owner in Japan - who facilitated co-op placements for University of Limerick students - will be heard next month, when an international line-up of witnesses across political, academic and horse-racing fields is expected to be called.

Three sets of legal proceedings taken by Dr Harry Sweeney, of Paca Paca stud farm in Japan, against the University of Limerick and two of its equine science students are to be consolidated into one hearing later this month at the High Court.

Ms Justice Miriam O'Regan detailed this Friday morning that the case will be listed for mention in two weeks' time, on Thursday, June 30.

UL has to date failed to deliver a defence in the case, but their legal firm said they would not do so until the three sets of proceedings were consolidated, which was achieved today.

Ms Justice O'Regan said this was an appropriate case where all the proceedings would be consolidated due to common facts, an overlap of legal issues and a commonality of witnesses.

Witnesses due to be called in the case will include Japanese nationals, a Government minister, and members of the international horse-breeding industry.

Dr Sweeney is suing UL for damages for negligence, breach of contract, breach of fair procedures, breach of natural justice and defamation, as a result of actions taken by UL in choosing to withdraw two of its equine science students from a placement programme in 2014.

In two other sets of proceedings, Dr Sweeney and Paca Paca are seeking damages for defamation and malicious falsehood against the two students concerned, to include compensatory damages, aggravated damages, and punitive damages.

The allegations by one of the UL students against Dr Sweeney, who runs a "highly respected, prestigious and successful stud farm in Japan" and has been featured in the New York Times, Japan Times and Irish Times, relates to allegations of bullying, offensive and inappropriate behaviour, and alleged sexual assaults.

One of the students has claimed that when she was interviewed by Dr Sweeney in October 2013 she and other interviewees were asked to stand up and slowly turn around in order for Dr Sweeney to inspect them physically.

"The content of the conversation was no less appropriate. The line of questioning instead of being related to matters of equine science was about the student's relationship history," it was outlined in court.

No UL representative was present at the interview, nor present at a later meeting in Dr Sweeney's home with his wife in Meath, where he had invited the students for dinner to brief them fully as he wouldn't be present in Japan to meet them on arrival there.

Allegations by the students against Dr Sweeney have been vehemently denied.

Ms Justice O'Regan heard that Dr Sweeney had offered placements to UL students since 2009 as part of its equine science course, and on average took approximately four students a year.

Three students began their placement in Japan in January 2014, but for two students that placement came to an end in March 2014. No UL students were thereafter sent on placement in 2015.

On March 18, 2014, the parents of the students made a complaint to the university regarding Dr Sweeney and asked for their "safe return to Ireland via the Embassy in Tokyo".

Dr Sweeney had a day earlier informed staff in the university of his "difficulties with the students", in terms of their behaviour and demeanour, which his defence claims had been ongoing for some time but only communicated to the university in March.

Miriam Reilly, SC, of behalf of Dr Sweeney, argued that there was an onus on UL to assess the credibility of the students' claims. She said matters "came to a head over St Patrick's weekend", following the Emerald Ball in Toyko.

As a result of the actions of one of the students, she was told to consider herself suspended, and Dr Sweeney's concerns were communicated to the equine science department in an email on March 18.

Ms Reilly maintained that her client's position is that the claims by the two UL students were "false, malicious allegations made in concert, and that this fabrication of a story was sold to Professor Paul McCutcheon to avoid other repercussions".

Prof McCutcheon, vice president academic & registrar in UL, liaised with the Embassy in Tokyo, and a taxi was sent to collect the students in Paca Paca.

Senior counsel for Holmes O'Malley Sexton solicitors, on behalf of UL, said that while Prof McCutcheon believed that Paca Paca was a prestigious placement, UL had to act in the best interests of its students.

The relationship between Dr Sweeney and UL is "now fraught, to put it mildly", the court heard.

Following their removal from Japan, the Irish Ambassador to Japan made a decision to cancel a high profile ministerial visit to the farm, which had been scheduled for the same day, March 19, to which a significant number of high profile guests had been invited.

"The sudden cancellation of the said Ministerial visit caused untold damage to the plaintiffs' reputations and standing internationally," said his defence.

Ms Reilly said Dr Sweeney has now suffered "loss and damage, including to his reputation", as a result of "UL's failure to observe fair procedures and hear his views".

She added that UL had an "enormous deficit of information" when the decision was made to remove the students from Japan. While noting that UL has an obligation to its students who are far from home, she said UL has had a contractual obligation to Dr Sweeney as a result of a long-standing relationship.

"No note has been produced by UL based on what it decided to do. UL then unilaterally decided there would be no further placements, as a result of the breakdown in this relationship".

In a letter to UL president Don Barry in May 2014, agents for Dr Sweeney stated that to avoid litigation they were seeking a statement of clarification and an apology, to be disseminated by Dr Sweeney as he saw fit.

His solicitors also sought proposals of redress from UL for the damage and loss caused. None was forthcoming.