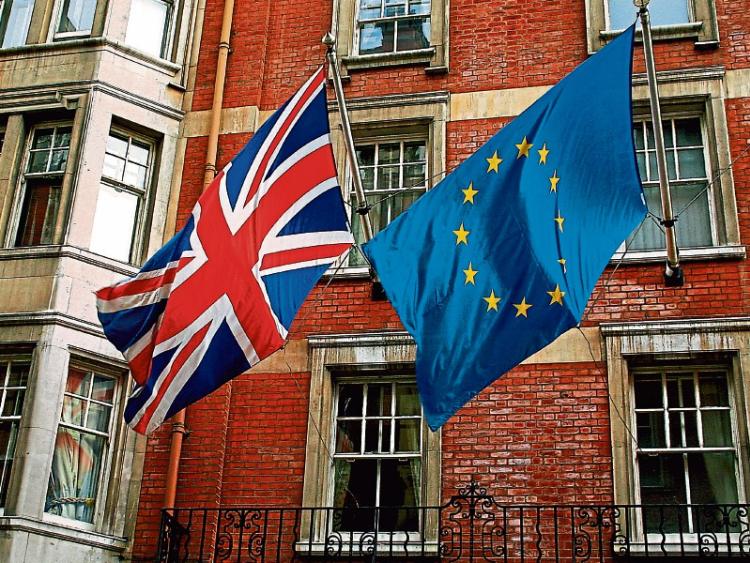 An outcome in the European Union referendum in Britain is too close to call, with many still undecided

IN just a few days time, Britain’s electorate will go to the polls to vote in the most important referendum in a generation.

On Thursday, June 23, voters will be faced with the choice of whether the United Kingdom (UK) should remain part of the European Union (EU), or leave the 28-member bloc.

Opinion polls show a tight race, and in what has been a bitterly fought campaign, any significant leads for either side, have been tempered by the fact there are still a significant number of undecided voters.

Indeed, with every vote so important, there has been a strong campaign to ensure British citizens abroad – including the 8,000 or so based in Limerick – are eligible to vote by post, proxy or in person.

Here in Limerick, fears of a British exit (or Brexit) are most connected to changes to business and agricultural conditions, rather than any emotional reasons.

But Mayor of Limerick City and County, Liam Galvin has made a direct appeal to British people – or indeed Limerick people based in Britain – eligible to vote next Thursday – to back Remain.

A farmer by trade, he said a Brexit could “devastate” his community.

“From an agricultural point of view, it could be the start of a disaster for our product in Ireland if they leave,” he told the Limerick Leader.

Bill Doherty, the chief executive of medical devices manufacturer Cook Medical, which employs 800 people in Plassey, acknowledged the EU referendum is “a matter for the British people”.

However, he admitted if Britain did vote to leave, it would lead to question marks over the med-tech industry’s trade deals with the UK.

For small business owners like Annette Staunton, a dentist based in O’Connell Avenue, but born in London, Britain leaving the EU would be an unwelcome extra cost.

She relies on trading with partners in London to secure high-tech medical equipment for her surgery, and has concerns over possible tariffs that would arise from Britain not being in the EU.

However, Wolverhampton-born Gary Cotter, whose consulting firm, CS has offices in Limerick, Dublin and London, does not believe much would change if Britain voted to leave.

While he said he would prefer Britain to remain, he added: “In my view, the ties between Britain and Ireland are strengthening and I think this can continue whether they remain or leave.

“I will get on with it, whatever their decision.”

The chief executive of the Limerick Chamber, Dr James Ring said it is the fear of the “unknown”, which is haunting local businesses.

He rejected a commentary that Brexit would provide Ireland with the opportunity to attract US multi-nationals.

“You can understand the theory, as Ireland would be the only English-speaking nation in the European Union, and that would be attractive for foreign direct investment. It is a fair point. But on the other side of it, the UK is our biggest trading partner. And if our biggest trading partner is no longer in the European Union, and there are tariffs on trade, that is a serious concern.”

Remain campaigners were spooked this week when The British Sun newspaper – often seen as a bellwether of national opinion – backed a vote to Leave.

In a strongly worded front-page editorial, the newspaper wrote: “Throughout our 43-year membership of the EU, it has proved increasingly greedy, wasteful, bullying and breathtakingly incompetent in a crisis. Next Thursday, at the ballot box, we can corect this huge and historic mistake”.

Fianna Fail’s Niall Collins says while the union is not perfect, its values stand strong.

In an opinion piece for this newspaper last week, he wrote: “The values of the European Union, those of liberty, equality, democracy, the rule of law and respect for human rights has served us well.”

The Fianna Fail position – to remain – is reflected by the other political parties represented in Limerick.

However, Cllr Cian Prendiville, of the Anti-Austerity Alliance, has sided with Rupert Murdoch’s publication, at least in terms of how to vote.

He said: “Over recent years, the undemocratic, anti-worker agenda of the EU has been exposed. As a socialist and an internationalist, this is not the king of Europe I believe we need. It is a bosses club that has pushed privatisation, water charges and austerity and turned its back on refugees and working people.”

Paul Durban, originally from Merthyr Tydfil, Wales, REMAIN: “Living in Ireland, I would want Britain to remain in the European Union, because it would probably have a negative effect on Ireland otherwise. The last thing we want is for the economy over here to dip again”.

Tristan Magedera, Watford, England, REMAIN: “I have just sent my postal vote off today. My sense is that any problem we get from staying in are temporary fluctuations. Essentially, the club we belong to, Club Europe, is a good one.

"Once you join something, it is like a marriage. You go through thick and thin. I am glad of the position Britain is in: we are in an ideal position because we have retained the pound, yet we have free trade with Europe. This is something you cannot buy.”

Cllr John Loftus, Port Glasgow, Scotland, REMAIN: “I voted to join the European Union when I was 18 – it was my first vote. In the 100 years before that, we had the two most catastrophic situations in history – two World Wars – because we were not together. I think if you do not understand your neighbours, you will never get anywhere. We have to stand together.”

Garry Hyland, Ealing, London, England (pictured), LEAVE: “The reason I would vote to leave the EU is I feel Brussels is telling the country what we have to do. These are the rules we have to follow, when governments should be allowed govern their own countries. Look at Norway, and they are doing brilliantly.”

Ben Panter, Nottingham, England, REMAIN: “I feel the ‘Leave’ side are using historical facts like our relatives fought in the Second World War or whatever, and it is completely irrelevant to what is going on now. It seems a lot of people are getting the wrong end of the stick. If Britain leaves Europe, it would be their loss. I love having Polish and Spanish neighbours. My child can say hello in multiple languages. I think it is wrong to be insular”.

Robbie Russell, Hollywood, Belfast, Northern Ireland, REMAIN: “I am not too sure how a Brexit would affect the border between Ireland north and south, and what restrictions there would be on trade. I think Britain should remain part of the European Union. A lot of the arguments for leaving the European Union focus on agriculture, and agricultural trade. I don’t know how many people that would affect”.

Steve Jones, Blackpool, England (pictured), LEAVE: “A friend of mine is going to vote for me by proxy on June 23. I feel Europe has lost total control of its borders. It is mainly due to this situation that I want to leave. They are letting anybody and everybody into the countries.

"If refugees need help, we should of course help them. But there needs to be stricter controls. My problem is with the economic migrants from the poorer parts of Europe who are flooding in to the west. A big fear for me is also allowing Turkey become part of the EU. There is a lot of scaremongering, people saying if we leave the EU, we are going to be at the back of the queue for trading.

"This will not happen: people will not bite their nose off to spite their face.”

Emma Parry, Welshpool, Wales, REMAIN: “I absolutely think we should remain. I was a bit disappointed, as I tried to register to vote, and I discovered when I went online that because I had been out of the country more than 15 years, I was not entitled to vote.

"The main reason I would vote for us to remain is because I now live in Ireland, and can see the knock-on effect it would have on my country from the point of view of trade. I can see the effect it will have on tourism side, with border controls coming in at the north. I think Britain removing itself from the EU is not a good idea.

"I do not think that people realise the ripple effect a Brexit would have on other countries, and in particular one of those really close to us.”

Margaret O’Donoghue, Stockwell, South London, England, REMAIN: “If I had a vote, I would be staying in the EU. I know it costs a lot of money to be in the union, but look around and see what they have done: look at the motorways, the improvements. It is better to be part of a bigger group. I feel Ireland will miss out on a lot of Britain leaves.”

Lil Burnell, Holyhead, Wales, REMAIN: “The idea we will be better off on our own is completely based on assumption and ridiculous. The cost of living will go up, raising taxes more cuts for example to the NHS to fund the change over. Overall I think the move would be a bad one.”