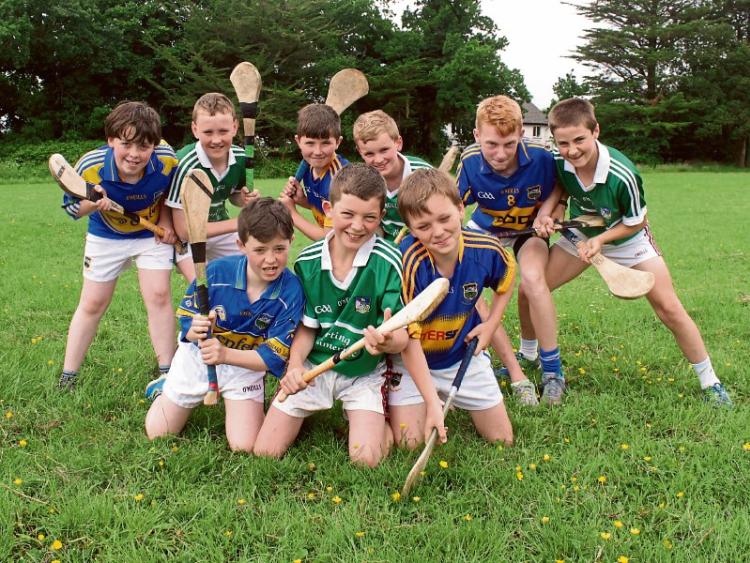 Pull hard, lads! Doon CBS Primary School is divided in the run up to the game

FEW are giving Limerick a chance this Sunday against Tipperary in the Munster semi-final - and that is just the way they like it.

The bookies have Tipperary as hot favourites at 2/7 with Limerick rank outsiders at 10/3 in the two horse race in Thurles.

TJ Ryan's team announcement on Friday evening is keenly awaited with speculation mounting that there could be only one member of the All-Ireland club winning Na Piarsaighon the team.

Rivalries are always fiercest where counties collide but on this occasion the boys of Doon CBS Primary School are all in agreement - it will be a win for Tipperary.

A third of the parish is in County Tipperary and confidence is high that they will have the bragging rights come Monday morning.

Sixth class pupils Adam English, aged 13; Mark Treacy, 12, and Jack O'Dwyer, 13, all play on the same school and club team – this Wednesday Doon won the Leader Cup - but they will be cheering for opposite sides on Sunday.

Limerick supporter Jack, from Doon east, said: "They need to stop playing the extra man in the backs - it's not working for them. They should get rid of the sweeper system, play 15 on 15 and get the ball in early to the forwards."

Jack might get his wish as it appears Limerick’s line-up will have a more traditional look to it when selected.

Tipperary fan Mark, from Glengar, and Limerick follower Adam, Carrigbeg, are both going to Thurles for the game with their parents. Mark is confident of a win for the men wearing blue and yellow, and while Adam will be cheering on the Treaty County he is fearful of the damage Seamus Callanan can do.

Even the principal, Br James Dormer thinks the premier county will prevail.

“There is always a good buzz in the school in the run up to these games but Tipp will win,” said Br Dormer. While there are more Limerick boys in the school they are vastly outnumbered in the teaching ranks as three of the five are from Cappawhite.

The odds may be stacked against Limerick but history has shown they are dangerous going in as complete underdogs.