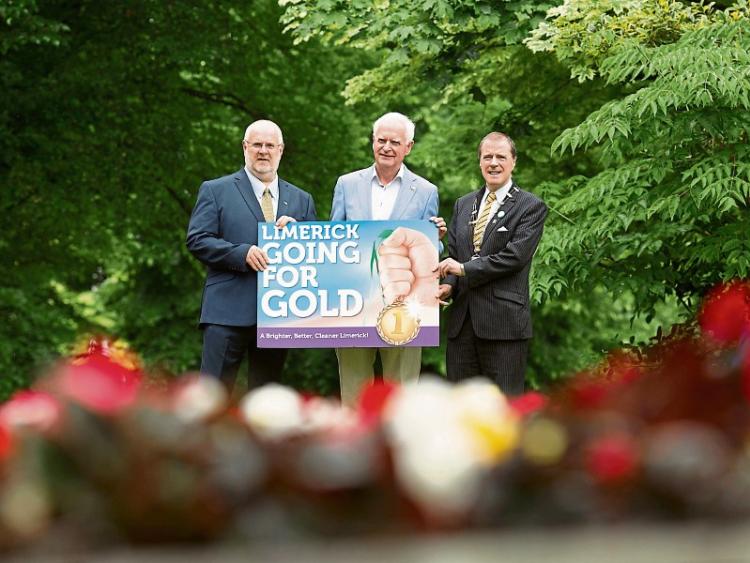 AS this year’s Limerick Going For Gold campaign gets underway, entries are being sought for the Best Front Garden competition.

The competition, which is sponsored by the Parkway Shopping Centre, is open to residents across Limerick city and county whose gardens can been seen from public roads.

“We are delighted to continue our support of the best garden competition which always generates huge interest,” said Roger Beck, manager of the Parkway Shopping Centre.

“Every year the standard just seems to get better and better and we always find a couple of gems which are just fantastic,” he added.

Meanwhile, more than 115 community groups across Limerick have applied to participate in this year’s Limerick Going for Gold.

The competition, which was won by Castleconnell Tidy Towns last year, is run by Limerick City and County County Council in conjunction with The JP McManus charitable foundation.

This year marks the fourth year of the Limerick Going for Gold campaign and for the second year running the overall competition is open to community groups from across County Limerick.

“I am delighted with the growth of the grant and competition element of the campaign which is continuing to attract a huge number of entries. And I would like to thank all our volunteer groups for their ongoing efforts to improve their local areas,” said deputy mayor, Cllr Gerard Mitchell.

Speaking at the launch, Gerry Boland of the JP McManus Charitable Foundation complimented the groups on their fantastic work in their communities, the Council for organising the event and the Parkway Shopping Centre for its continued support.

Application forms for Limerick Going for Gold and the Best Front Garden competition are available to download from www.limerick.ie/goingforgold.

Entrants in the Best Garden Competition, which was won by John McCarthy from Kilteely last year, are asked to include GPS co-ordinates where possible.

Further details of the Limerick Going for Gold competition, which is supported by the Limerick Leader, will be confirmed in the coming weeks with the grand final taking place at the Strand Hotel in October.

The competition will run during July and August.