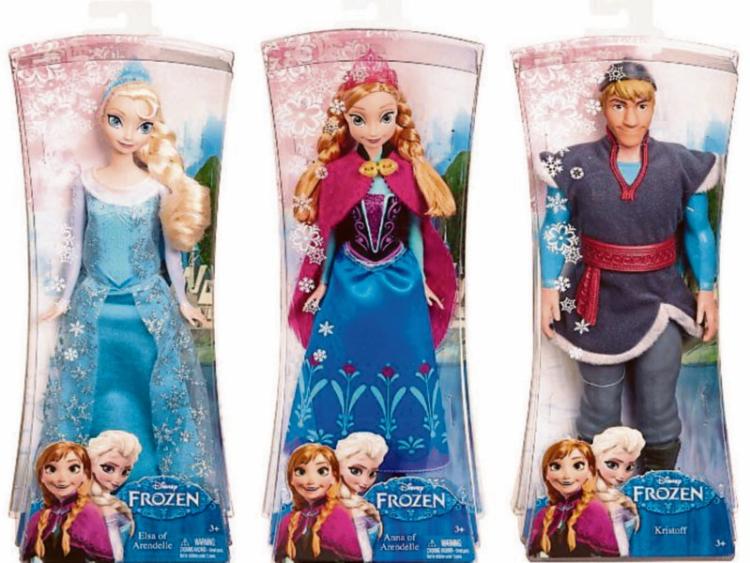 A HEAVILY pregnant woman who admitted several theft and road traffic offences has been warned she is likely to go to prison.

Avril Curtin, aged 30, who has an address at Yeats Avenue, Kincora Park admitted stealing ten ‘Frozen’ dolls from the same store on the southside of the city on consecutive days last year.

Sergeant Donal Cronin told Limerick District Court she stole five of the dolls from the Tesco store at Roxboro Shopping Centre on November 9, 2014 and five more the following day.

The dolls, which are based on characters from the Disney blockbuster, were among the most in-demand items for Christmas of the same year.

Sgt Cronin said the dolls, which were worth more than €300, were not recovered by gardai.

During the same court sitting, Ms Curtin who has more than 60 previous convictions, also admitted driving while disqualified on two separate dates in December 2014.

Because she was disqualified, the defendant was not insured and did not have a driving licence on either occasion.

Solicitor Michael O’Donnell said his client’s life was “very much in disarray” and was “hit and miss” around the time of the offences.

He said she made admissions when questioned by gardai about the offences and is apologetic for her actions.

Urging the court to be lenient Mr O’Donnell said Ms Curtin has two young children – both of whom suffer from health difficulties.

He said she has “moved on” in her life and has stayed out of trouble since.

Noting the defendant’s advanced stage of pregnancy, Judge Marian O’Leary said she was not willing to finalise the case until after she has her baby.

Adjourning the matter to October 19, next, the judge warned the defendant she is strongly considering imposing a custodial sentence.

Ms Curtin, who is currently disqualified from driving, was remanded on continuing bail.