Trump's visit to Ireland is 'cancelled' according to reports 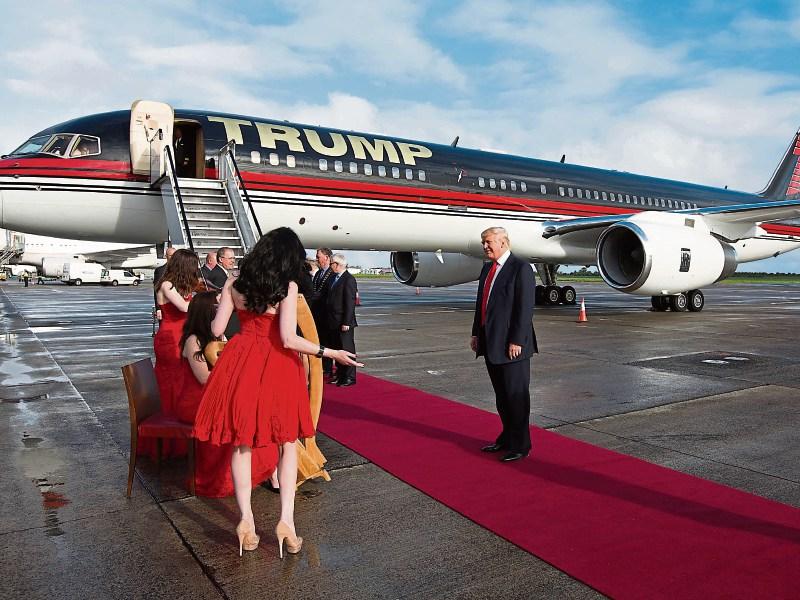 REPORTS have claimed that presumptive Republican nominee for the US presidency Donald Trump will not visit Ireland next week as planned.

Mr Trump had said he would visit his resort in Doonbeg after a visit to Scotland next week. He would likely have arrived into Shannon Airport, where he was expected to be met with protests.

However, the Irish Central website, based in New York, carried a story this Wednesday saying Trump had “cancelled the Irish-leg of his Scottish and Irish tour, which was to include a visit to his golf and hotel property in Doonbeg”.

It quoted Stephanie Grisham, Press Tour Director for the Trump campaign, as confirming that the trip would be to Scotland only but did not discuss a reason for the change.

The story said that press charter information released by the campaign failed to show any Irish leg to the trip.

Ms Grisham replied “Just Scotland” when asked if Ireland was still on the itinerary but would not discuss the matter further, according to the report.

TDs from the Anti Austerity Alliance, People Before Profit and the Green Party, as well as activists in women’s, anti-war and anti-racist groups, had formed a Trump Not Welcome group to protest during the proposed visit.

Donald Trump bought Doonbeg for around €10m in 2014 and promised to invest upwards of €45m in the resort, which has undergone major upgrade works.

It was expected that the controversial politician and businessman would fly in and out of Shannon, but the airport had remained tightlipped on any potential plans.

The visit was not to be an official one, so no State representatives were to meet Mr Trump, unlike in 2014, when the red carpet was rolled out for his arrival.

“Shannon has a tradition for welcoming all its visitors including VIPs,” said a spokesperson recently.

“Donald Trump is a customer and we are a business – we welcome all customers. Donald Trump has a significant business investment in our region, has been through Shannon on a number of occasions but we do not comment on his or any other airport user’s arrangements.”

A spokesperson for finance minister Michael Noonan, who drew some criticism for welcoming Mr Trump on the red carpet at Shannon in 2014, said he was “not aware of any requests being made” of the long-serving Limerick TD in relation to a potential Trump visit when asked recently.