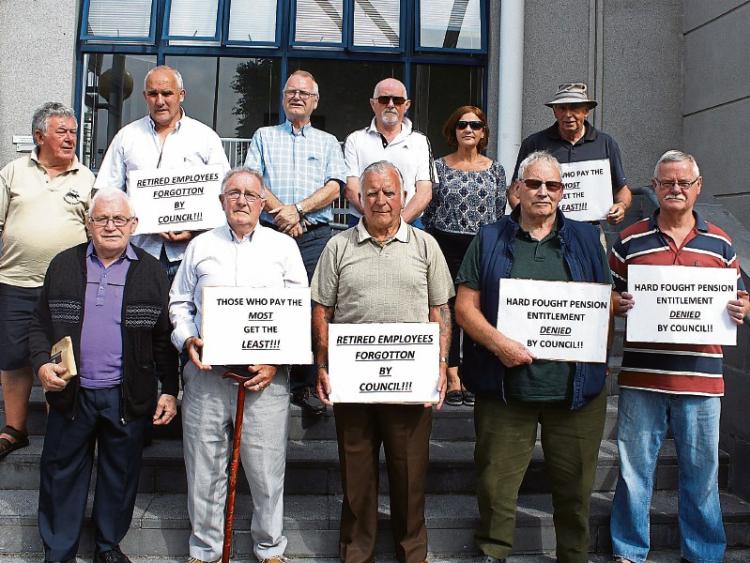 UP to 18 former staff members of the cleaning department at Limerick City and County Council have begun a picket of City Hall – and say they will continue their action until they receive their full pension entitlements.

Frank McDonnell, chairman of Limerick’s SIPTU district council, said the workers are “totally frustrated and can’t understand the delays”, though after last Wednesday’s picket they have been assured by HR staff in the council that their cases will be reviewed on an individual basis.

“They gave a guarantee that it should be sorted within four weeks time,” he explained. The primary issue of the dispute, in the ex-workers’ eyes, centres on overtime not being calculated into their pension entitlements.

In September last, one local pensioner was awaiting to receive his full entitlements after a ruling in his favour at the Labour Court.

In response to recent queries from the Limerick Leader concerning other related pension cases, a spokesperson said: “Limerick City and County Council does not comment on individual employment matters involving either present or former employees of the local authority”.