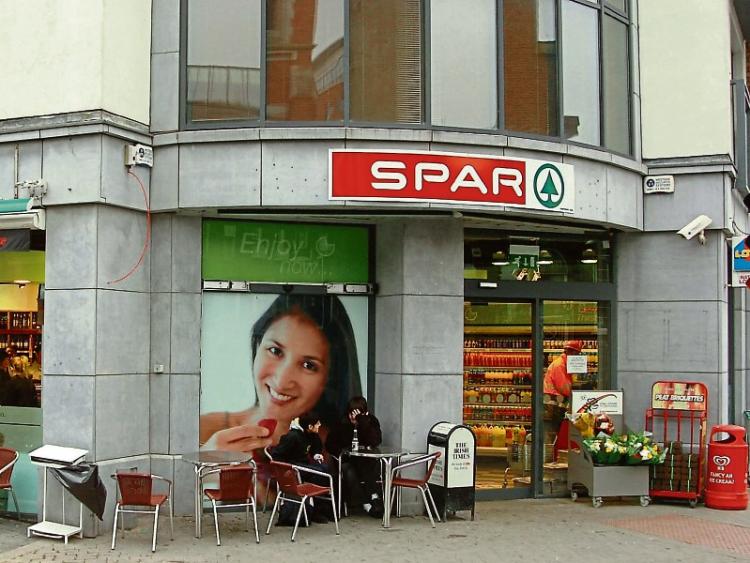 A MAN who punched a well known retailer in the face after he was physically ejected from an outdoor seating area has been placed on probation for 12 months.

Limerick District Court was told the defendant had been drinking the previous night and he had just bought and eaten two breakfast rolls when the incident happened shortly after 1pm.

Mr Gleeson, who owns the store,  told the court he was inside the premises when he first noticed Mr Donovan on CCTV.

He said he was “swaying up and down” and that he looked as if he might fall asleep.

Judge Mary Larkin was told Mr Gleeson continued to observe the defendant before approaching him a number of minutes later and asking him leave.

A verbal altercation quickly developed at which point Mr Gleeson grabbed the defendant and phsyically pulled him from his chair.

CCTV footage, which was played in court, shows the two men initially grappling with each other outside the store before both adopt a “boxing stance” and begin exchanging punches.

The court was told Mr Donovan struck Mike Gleeson in the face with two jabs – resulting in him sustaining a cut to his lip.

After he was struck, Mr Gleeson can be seen kicking Mr Donovan before pinning him to the ground and repeatedly striking him on the back of the head.

Being cross examined by solicitor Darach McCarthy, Mr Gleeson said he was in fear of his life and was acting in self defence.

“I defended myself as best I could,” he said insisting he had used the “minimum force necessary to stop him from killing me”.

The witness rejected Mr McCarthy’s assertion that he had inflicted an “horrendous beating” on the defendant and he said it was not relevant that he was a customer.

In his evidence, Mr Donovan said he had “fallen off the wagon” the previous evening just hours after leaving a rehab centre in Bruree.

He said he and a friend had been drinking in the city all night and were waiting for a bus when they called to the the store.

He admitted he was hung over and “fairly rattled” but denied threatening to kill Mr Gleeson when he was asked to leave.

He agreed he was angry and irate at the way he was physically grabbed and pulled from his seat and that he took off his jacket before “squaring up” to Mr Gleeson on the footpath outside the store.

A student who witnessed the incident told the court he believed the initital actions of Mr Gleeson were excessive and contributed to the incident.

Seeking to have the charges dismissed, Mr McCarthy submitted that while his client’s actions were appalling they were not criminal.

He said Mr Donovan was provoked and that “any man wouldn’t be in  their right mind if they were treated in that way”.

Judge Larkin commented the incident was “not pretty and not nice” and she said she was “not terribly impressed” with the way Mr Donovan was removed.

In addition to placing the defendant on probation for 12 months, she fined him €400 for public order offences.