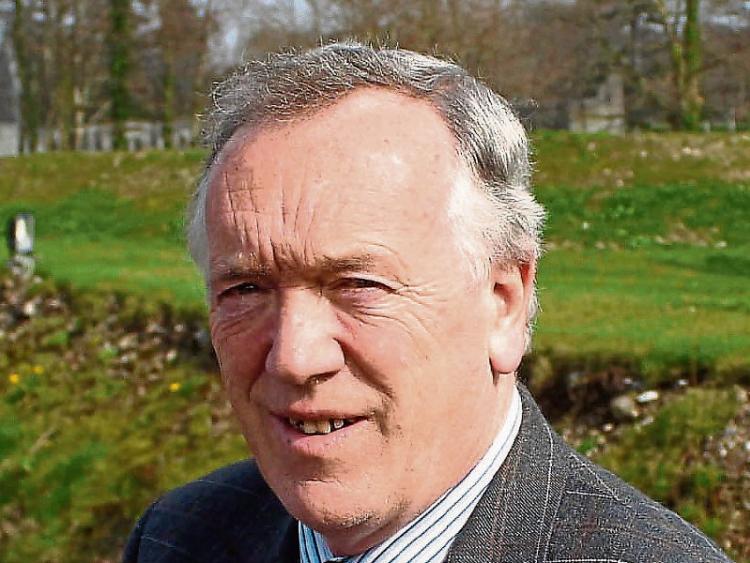 LOCAL councillors have given the go-ahead for a road improvement scheme on the Newcastle West side of Adare which will see roadworks taking place over four months next winter.

However, concerns were raised that the road may have to be dug up again in the future unless steps are taken to accommodate a sewer pipe as part of the project.

Cllr Stephen Keary abstained from the vote at which his colleagues in the Adare Rathkeale area approved the Part 8 development.

Almost €1m has been allocated to the project which will involved repairing and resurfacing a 1.3km stretch of the road between the Blackabbey Road and Murphy’s Cross as well as extensive drainage works, the construction of a new footpath on the western side of the road and a widening of the junction with the Ballingarry road.

An indented drop-off area and carpark will also be created outside Scoil Naomh Iosaf.

But Fine Gael’s Cllr Keary told this month’s meeting of the Adare Rathkeale municipal district that he could not support the project unless assurances were given that a foul sewer pipe would be included as part of the project.

This, he said, was necessary to service the present and future housing needs of the village and, if it was not put in place, it was likely that the road would have to be dug up again to accommodate it.

It was pointed out by Tim Fitzgerald of the Mid-West Road Design Office that they were in discussions with the developer of a proposed housing scheme in the area with a view to having the pipe included as part of the works. However those discussions were still ongoing so it was not possible to provide Cllr Keary with the assurances he sought at that time.

Mr Fitzgerald pointed out, however, that these discussions would continue with a view to facilitating any necessary piping as part of the road works.

And he added that should this have to be done after the road works were completed, the cost of such works would have to be borne by the developer and Irish Water, rather that Limerick City and County Council.

Cllr Keary replied that, while he was in favour of the overall scheme, he could not support it if the pipe was not included.

“If that sewage pipe had to be laid afterwards it would mean that half of the road would have to be taken up again,” he said.

Cllr Adam Teskey noted that it was disappointing that an agreement had not been reached regarding the laying of the pipe but he asked the road designers to do “their level best” to ensure this happened before the works got underway.

Concerns were also raised at the meeting about the impact of the project on other roads in the area which would be used to divert traffic away from Adare.

Cllr Richard O’Donoghue warned that the road from Newcastle West to Rourkes Cross was not safe for use as a diversion route due to the overgrowth of hedges along the route.

He pointed out that he was aware of two accidents on the road in recent months as a result of this.

“It is not safe at the moment to divert traffic from Newcastle West to Rourkes Cross,” he said.

“You will have big HGVs coming in both directions, which doesn’t happen at the moment.”

Caroline Curley, the council’s director of regional services, told him that they would be requesting landowners along the route to cut their hedges.

Also at last week’s meeting, councillors gave the green light to a proposal to sell the former courthouse in Adare to publican Charlie Chawke.

The businessman, who owns several pubs in Dublin and Limerick, has agreed to pay €350,000 for the property which he is proposing to develop as a restaurant focussing on the heritage and traditions of Adare.