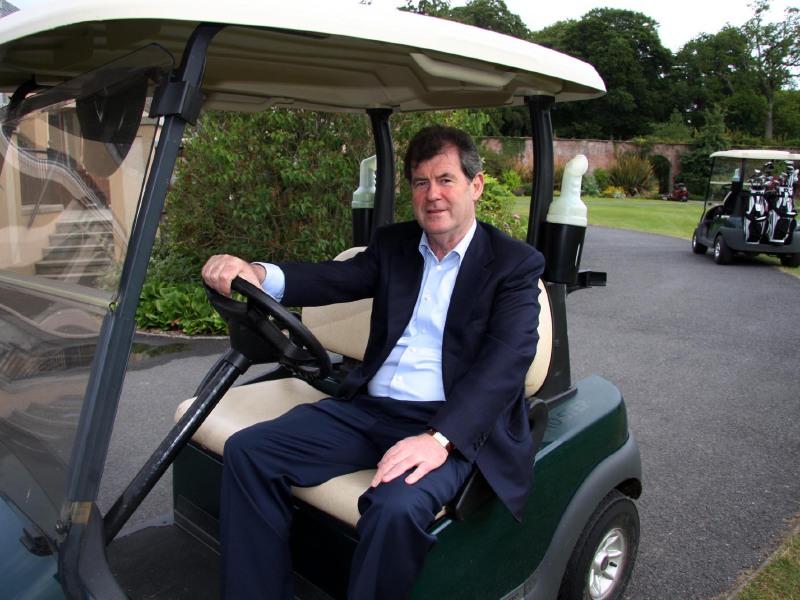 JP McManus, pictured in Adare in 2010

JP McManus has paid no income tax or capital gains tax in Ireland for the past 20 years, an official US Revenue statement claimed.

Mr McManus “has not been registered for income tax or capital gains tax in Ireland since 1995”, according to the Internal Revenue Service.

A report in The Sunday Times outlined that the statement was included in court filings from the IRS, which is resisting McManus’ application to recoup $5.2m (€4.6m) in taxes it withheld after he won $17.4m playing backgammon against Alec E Gores, an American billionaire.

It was known that McManus became tax-resident in Switzerland in the 1990s, but not that he made no income tax or capital gains tax payments in Ireland for two decades. He lives for part of the year at Martinstown Stud near Kilmallock.

Under Irish tax-residency rules, Mr McManus is not regarded at domiciled in Ireland if he is not in the state for 183 days or more during a year, or for 280 days or more over a period of two years.

In Mr McManus Irish tax filing, he lists his home address at a chalet in Crans-Montana, a ski and golf resort in Switzerland.

Meanwhile, US authorities are refusing to name an Irish tax official who responded to their queries about the tax affairs of Mr McManus. Mr McManus claims he is not liable to pay tax on $17.4m won during a game of backgammon because he had paid a flat charge of €200,000 to the Irish government that year.

Mr McManus claimed his is not liable to pay tax on the winnings because of a double taxation treaty between the US and Ireland. This means he should only be taxed in one of the two countries, and he had been taxed in Ireland.

Lawyers for Mr McManus argued that Mr McManus can't be liable for US tax because he paid a “domicile levy” to the Revenue Commissioners in Ireland in 2012.

But in a written motion to the United States Federal Claims Court, the American Internal Revenue Service (IRS) argued that the “domicile levy” paid by Mr McManus in Ireland does not mean he gets the benefit of the cross border double taxation treaty.

In what is understood to be the largest single charitable donation in the history of the State, in 2014 Mr McManus pledged €40m for worthy causes in the Mid-West region. The JP McManus Invitational Pro-Am which is again scheduled to take place in Adare Manor in July 2020, has raised more than €100m for charities in the Mid-West over the years.