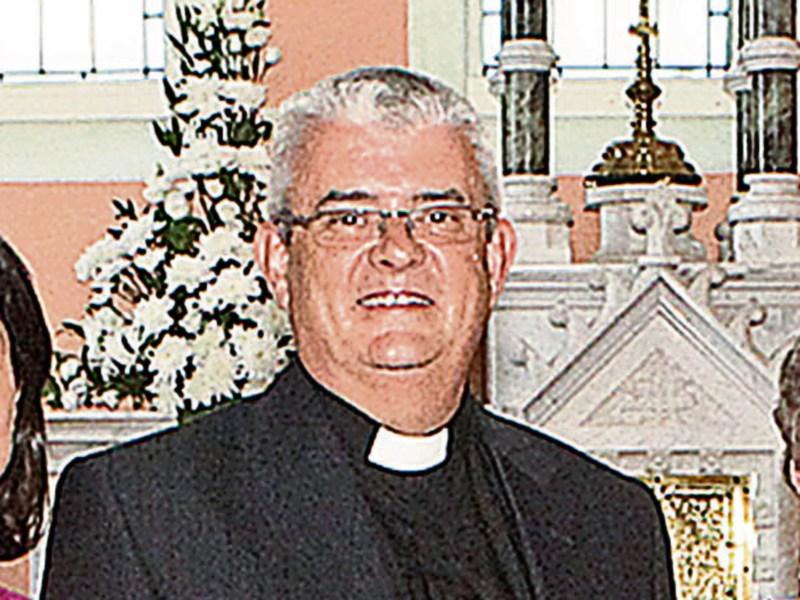 TWENTY-five years after he was ordained in Croagh church, Fr Seamus Madigan was back home on Sunday to celebrate his silver jubilee in the company of family and friends.

Among those attending the event were Ministers of State Patrick O’Donovan and Paul Kehoe, the Deputy Chief of Staff of the Defence Forces, Major General Kevin Cotter and Lieutenant Colonel Rory Sheerin, commanding officer of Sarsfield Barracks.

Fr Seamus’ mother Kathleen, his six sisters and three brothers were also among the large congregation.

“It was a magnificent day - really super,” said Fr Seamus, who is currently serving as head chaplain to the Defence Forces. “They are really wonderful people out there in Croagh-Kilfinny,” he added.

The day started with a Mass celebrated by Fr Seamus alongside local parish priest Fr Boyce and priests that Fr Seamus trained and worked with during his life.

Afterwards some 200 people gathered in the community centre for a meal and refreshments.

The CBS pipe band performed as they arrived in the hall and continued to entertain the crowd throughout the afternoon.

“It was a real community effort,” said organiser Margaret Buckley who thanked D&M Garden centre for providing the food and the many local people who baked cakes and other tasty treats.

In his role as head chaplain, Fr Seamus has presided at a number of high profile events in the past six months as part of the 1916 centenary celebrations. Most notably, he read a special prayer outside the GPO at the official State commemoration ceremony on Easter Sunday.

“It has been a real honour and a privilege to take part in these event,” he said. “I never thought I would find myself in those places. It has been amazing.”