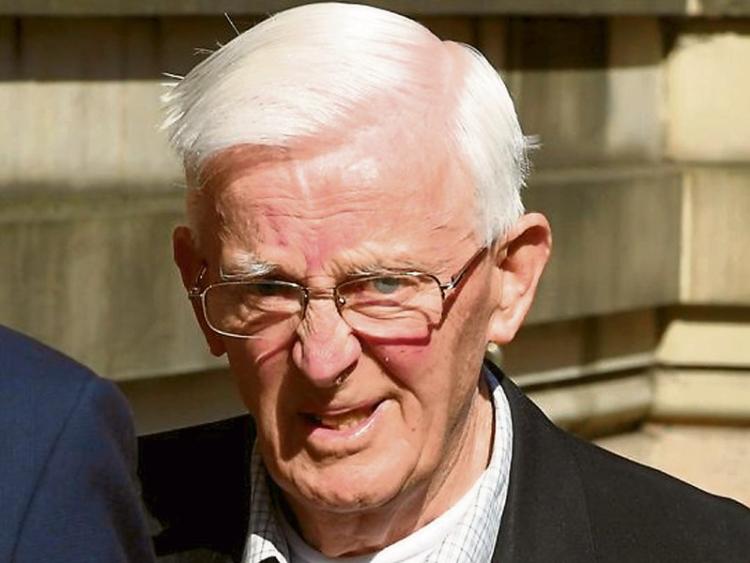 Fr Mortimer Stanley, from Ballyhahill, cleared of charges following his trial in England

THE Ballyhahill priest who faced a number of charges of sexually abusing children in an English parish has been cleared by a jury following a trial in Manchester.

Fr Mortimer Stanley, who is in his eighties, had strenuously denied the charges of indecent assaults on nine girls and one boy which were alleged to have been committed between 1977 and 2002.

The Crown prosecution alleged the priest had targeted most of the complainants, all of whom were aged under 11 at the time, in his presbytery at St Vincent de Paul Roman Catholic Church in Norden, when he would sit them on his knee.

Fr Stanley said children would often climb on his knee of their own accord but nothing inappropriate ever happened. He also dismissed the claims from the male complainant that he was abused after “something like chloroform” was put over his mouth as “totally untrue”.

Fr Stanley moved into the Norden presbytery in 1977 when he was sent to the Salford  diocese. He also became a school governor.

Jurors at Manchester Minshull Street Crown Court were unable to reach a verdict on one count of indecent assault, but prosecutor Andrew Mackintosh said the Crown would not seek a retrial.

A not guilty verdict was recorded by Judge John Potter in respect of that count and also another count involving a tenth female complainant who was too unwell to give evidence during the trial.

During the trial, Crown prosecutor, Andrew Mackintosh said: “He was someone who you will hear was held in very high regard by his parishioners and by the teachers, and also by many of the pupils at the school. He was described by one of his pupils as ‘a godlike figure, a celebrity in the playground’. Someone who children would run to and give a hug.”

But it was the Crown’s case that Fr Stanley’s “reputation and his relationship with those children masked what was abuse”, he said.

The jury heard that Fr Stanley  retired in 2002 and returned to Ireland shortly after the mother of one of the female complainants informed teaching staff that he had inappropriately kissed her daughter.

The court was also told she wrote to Fr Stanley before he left the UK to raise her concerns, and he replied that he was “sorry for the upset he had caused”.

Following Fr Stanley’s retirement, he settled in Ballybunion and, according to some media reports, became a member of the local golf club.

“He’s retired but we’d always see him,” one local said when news of the investigation into Fr Stanley first broke. “

He’d always hang around the golf club. He’s well known in the area and he’d only be around the corner from me.”