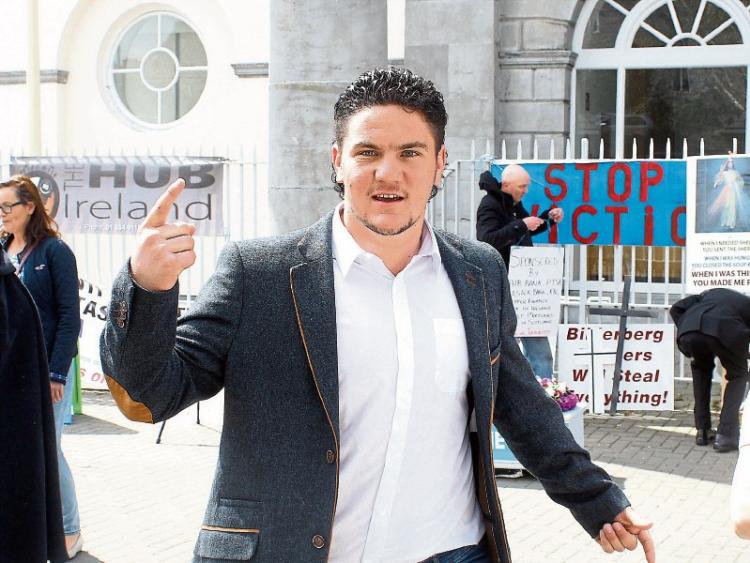 A MEMBER of the Travelling community was fined €500 after he was convicted of breaching the terms of an exclusion order.

Francis Casey, aged 24, who is originally from Clonlong, Southill was banned from entering the halting site after Limerick City and County Council was granted a court order on July 7, 2015.

Limerick District Court was told the married father-of-two was found at the halting site after gardai were alerted to an incident in the early hours of December 3, last.

Garda Paul Guilfoyle said Casey was intoxicated on the night and that he was  verbally abusive towards gardai and that he attempted to flee following their arrival.

Judge Mary Larkin noted the defendant has a previous conviction for breaching the exclusion order and, referring to the application for same, she commented that it had been granted for good reason.

The local authority sought the exclusion order after a company contracted to carry out maintenance at Clonlong Halting Site refused to enter the property because of repeated anti-social behaviour by Casey.

An official with the council said some of the company’s employees had been assaulted and threatened by Casey and that one had been stabbed with a screwdriver.

A number of residents made complaints about Casey’s behaviour but none were willing to make formal statements or come to court out of fear.

Solicitor Darach McCarthy said his client’s wife and children have relocated out of the halting site since.

He added that Casey, who suffers from addiction issues, has taken steps “in the right direction” since last summer.

Casey, who is currently awaiting sentence at the circuit court for serious assault charges, was disqualified from driving for ten years after he admitted driving at in the city centre March 10, 2015 while “doubly disqualified”.

If suitable, she indicated she will consider a penalty of 200 hours in lieu of a four month prison sentence.