Man jailed for having improvised shotgun in Limerick estate 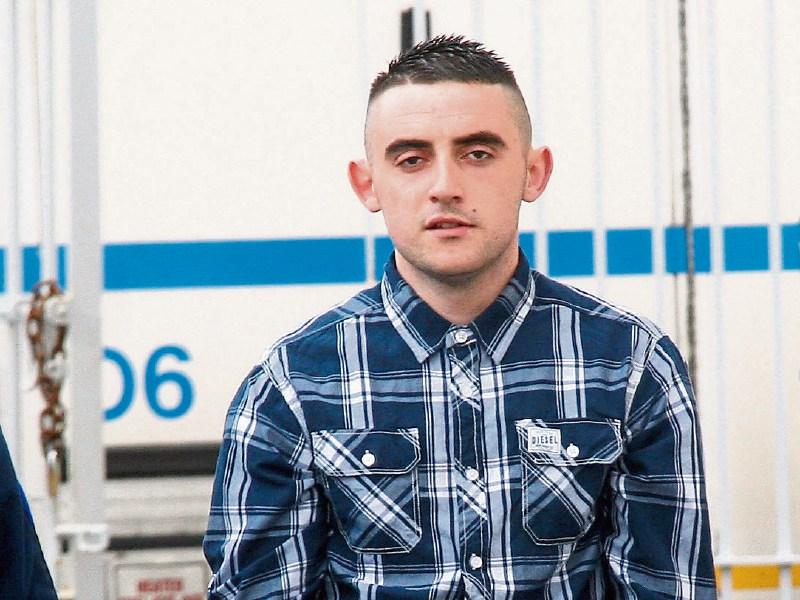 A YOUNG man who was convicted of suspicious possession of an improvised shotgun and ammunition at a housing estate in the city has been jailed for four years.

Nathan Ring, aged 20, of St Michael’s Place, Ballinasloe, County Galway was convicted of two charges under the provisions of the Firearms and Offensive Weapons Act following a three day trial which was heard in April.

The jury at Limerick Circuit Court was told the defendant, whose family are originally from Ballinacurra Weston, was observed by gardai throwing an object over a wall into the front garden of a house at McDonagh Avenue, Janesboro on the afternoon of September 12, 2014.

A white sports sock, containing two metal bars and a single shotgun cartridge, was recovered from the garden of the house a short time after Ring was arrested.

Ballistics expert Detective Garda Colm Lawlor told the jury he examined the items which were recovered by gardai.

He said one of the metal bars measured 435 millimetres in length while she second measured 121 millimetres.

The larger bar, he said, fitted into the smaller one, which had a plate welded to the rear of it and a point at the centre.

The court heard that when loaded in the barrel, a cartridge would be activated by hitting the point.

Det Garda Lawlor told the jury a firing test was carried out using a blank cartridge and that he had concluded that collectively the two metal bars could be classed as an improvised firearm.

He said the circumstances and location of the offence were a “cause for concern” as were the defendant’s previous convictions.

The judge noted that Ring was just 18 years old when the incident happened and that there is a strong prospect of rehabilitation.

Imposing a six year prison sentence, he said he was conscious of his obligations to ensure that the sentence was appropriate given the nature of offence and circumstances of the offender.

Therefore, he suspended the final two years for six years on condition Ring stays out of trouble when he is released from custody.

The sentence was back-dated to April 12, last - the date the convictions was recorded.