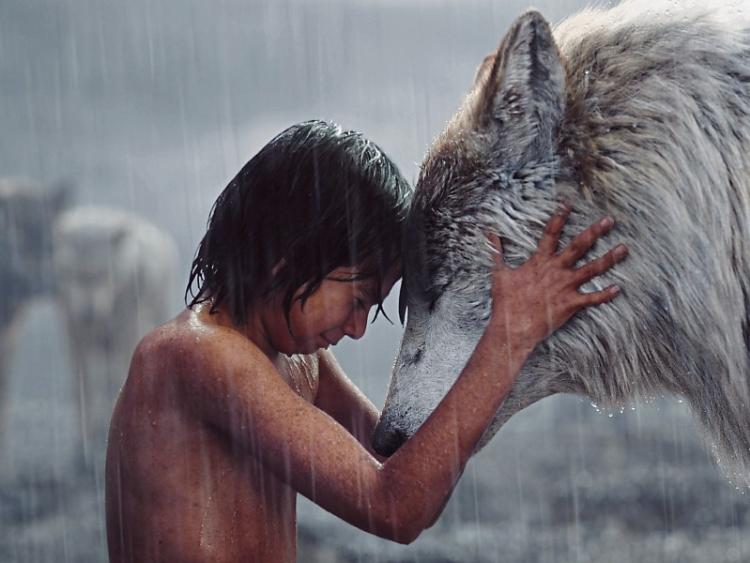 THE ANCESTOR of a Glenstal monk inspired the biggest grossing Irish film of 2016 and one of the most famous children’s stories of all time - The Jungle Book.

The latest incarnation of Rudyard Kipling’s tale has taken €3.8 million at the box office. It follows Mowgli, a "man cub", raised by a pack of wolves in an Indian jungle. It has captured the imagination of young and old since it was published in 1894.

Kipling admitted to borrowing ideas and one source is thought to be Major General William Henry Sleeman’s An Account of Wolves Nurturing Children in their Dens, by an Indian Official in 1851.

While its title doesn’t jump off the page Kipling clearly saw the potential and for over a century the rest of the world has agreed.

Fr Simon’s ancestor described six cases in which feral wolf-children had been rescued by Indian villagers after being raised in the wild.

To continue the link, his grandfather - Colonel Sir James Lewis Sleeman - also wrote about wolf children, took countless photos in the wild including of a wolf boy, who was found with a pack of wolves when he was estimated to be around 10. In this era of game hunting the colonel was described as, “A man who believed it is much more satisfying to have a photograph of an animal than to have its head on a wall”. Fr Simon grew up surrounded by these tales and photos of wonder.

“It was always in the family. It was always well know and there are portraits at home. We would have had the mythology all around us. As children we would have looked at this book and ogled this wolf boy picture,” said Fr Simon. Now children are googling it.

William Henry Sleeman went to India with the British Army at the age of 18 in the early part of the 19th century.

“He was a very interesting man. He studied Indian customs and wrote a number of books on India at that time which are very important books,” said Fr Simon. As well as putting down on paper what he saw he also helped create a new word - thug. Not from his own personality but from suppressing the Thuggee secret society of thieves and stranglers who carried out their nefarious activities in South Asia for hundreds of years.

As General Superintendent of Operations for the Suppression of Thugee some 1,400 members of the murderous gang were hanged or transported for life. “He is known as Thugee Sleeman,” said Fr Simon.

And by a strange coincidence when President Michael D Higgins - a regular visitor to Glenstal Abbey over the years  - was going to Windsor Castle in 2014 for a historic first State visit by an Irish head of State to Britain, Fr Simon told him to take a special interest in a carpet in the Waterloo Room.

“It was made by the thugs. Any ones he thought he could rehabilitate he got them to make carpets.”

“He didn’t come back in all that time. At the age of 74 he was coming home to be knighted for all his hard work but he never made it back. He died on a ship off the coast of Sri Lanka,” said Fr Simon.

But his legacy lives on in the hearts and minds of millions with many new fans of The Jungle Book.

The live-action epic adventure has an all-star voice cast including Ben Kingsley, Christopher Walken, Bill Murray, Idris Elba and Scarlett Johansson. When Mowgli finds he is no longer welcome in the jungle when fearsome tiger Shere Khan, who bears the scars of man, promises to eliminate him, Mowgli is urged to abandon the only home he’s ever known and embarks on a journey of self-discovery,

The Irish Times called it “gorgeous, sweeping entertainment” while the Irish Independent said it was “a thrilling and remarkably sophisticated offering”.

“I have to see it now. It is part of who I am,” said Fr Simon. The Omniplex continues to screen it.

The British Army lineage continued with Fr Simon’s father Richard Brian De Fontenne Sleeman of the Royal Sussex Regiment. He was captured at the Battle of Dunkirk and that is the reason his son Simon grew up in Ireland.

“He told my mother [Jennifer] that a German officer put a gun to his head and said, ‘For you Britisher the war is over”. He spent four years in a German prisoner of war camp. His best friend there was Harry Freeman Jackson from Mallow so after the war they said they would have to meet up.

“My mother and father came on honeymoon to Cork and thought this is the place to live. We had a farm in north Cork,” said Fr Simon, who was going to go into the army but instead chose a more peaceful existence as a Benedictine monk.

“There was a great novel Le Rouge et le Noir [Scarlet and Black] published in 1830. The only two acceptable vocations at that time were the church or the army. I was going to go into the army. It is exotic - you travel the world and they educate you. When you are young it sounds great.” Fr Simon’s great great grandfather’s pamphlet also spawned another movement – the scouts. In 1916, Robert Baden-Powell created the cub scouts based on the first story in The Jungle Book. And Murroe is home to a thriving scouts movement who would surely enjoy the film.