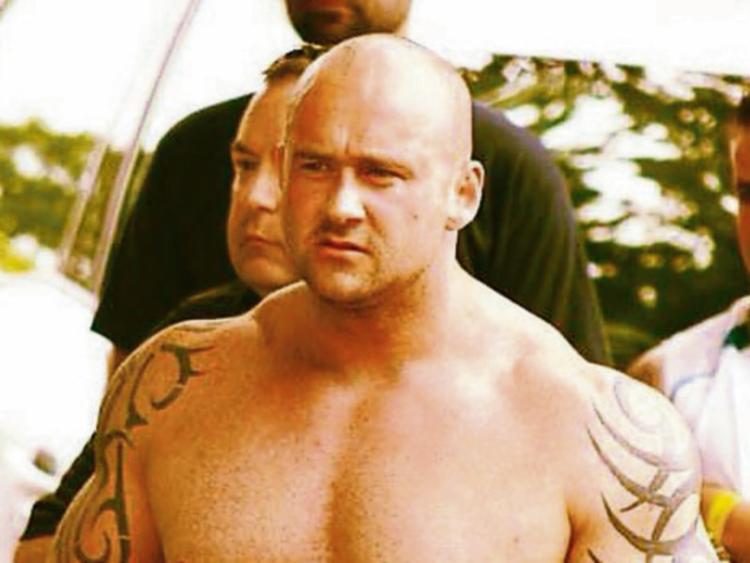 WHILE most of Limerick was basking in glorious sunshine last weekend, one local man was lifting vans and flipping 450kg dumper truck tyres en route in his bid to be crowned the Republic of Ireland’s strongest man.

Pa O’Dwyer from Newcastle West retained his title at the event in Co Armagh on Saturday and is now targeting the all-island competition where he will go head to head with Northern Ireland’s strongest man.

“It was a lot tougher than last year. They were 13 competitors this year and they were all fighting for the title,” he said.

The gruelling competition involved six different events, ranging from lifting a three-inch bar weighing 165kg over his head to placing concrete balls - weighing 200kg - each onto pedestals, to lifting the back of a van up to ten times.

For the notorious tyre flip, contestants had to move a dumper truck wheel 20 metres by flipping it over several times.

The entire competition lasted almost six hours. “It was roasting up there as well – up to 20-degrees,” Pa explained.

His preparation for the competition involved training six days a week, alongside his full time job with a local concrete contractor.

In the run-up to the event, the 30-year-old has been consuming between 8,000 and 10,000 calories  per day, as part of a weekly diet which sees him eating up to 60 chicken fillets a week along with a pound of red meat every day for breakfast. Horse meat, venison and liver are all on the menu for the Newcastle West man who discovered his chosen sport almost by accident.

“I was into weightlifting. I started to lift weights in the local gym and found out then that I was a bit stronger than everyone else around me. Then there was a local strong man competition and I won that. It went on from there it and went higher and higher,” he explained.

He recently gave up his job as a firefighter to focus on his sport and admits he would like to be able to pursue it professionally.

Following his success on Saturday, Pa took a short break but was back in the gym on Monday evening as he turns his focus to the All Ireland competition in four weeks. There he will face Sean O’Hagan, the 7-foot, 30-stone giant from Co Down who was recently crowned Northern Ireland’s strongest man. Having had to pull out of the event last year due to injury, Pa said he is looking forward to giving his Northern Irish rival a run for his money.