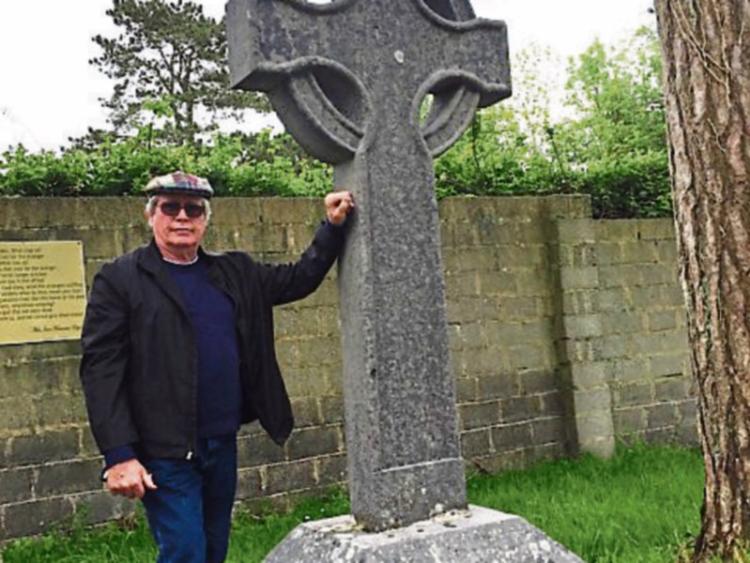 Daniel Quinn at the pauper’s cemetery in Rathkeale

WHEN Timothy Patrick Quinn left Rathkeale for the United States in 1883 with dreams of a better life, he could scarcely have imagined just how far he and his family would come in a couple of generations.

He would go on to become a firebrand union leader, while his son would rise from the factory floor of General Electric to become chief executive of GE Finance by his early 40s.

But that was far from the end of what is a truly remarkable story, as his grandson, Daniel Quinn, outlined during a visit to Rathkeale this week.

“Great grandfather Timothy tragically died in the Rathkeale workhouse in 1898. His son, Timothy Patrick, emigrated in 1883 and became a brawling pioneer labour leader in New York and then Chicago.”

”He had already amassed millions of dollars in General Electric stock and, incredibly, resigned his position as CEO after only one day. He turned his back on big business and took a position running the US Small Business Administration for a salary of $1.00 per year.

”He wrote several books decrying big business as a threat to democracy, proving the apple doesn't fall far from the tree with his union organiser father.”

But his fame was not confined to business circles. When he lived in New York city, his neighbour was the playwright Arthur Miller, who wrote a play entitled American Clock which featured a character called TK Quinn, modelled after Theodore.

In a later essay, the playwright described Quinn as “a successful businessman interested in money and production, but his vision transcended the market to embrace the nature of the democratic system for which he had a passion”.

On his trip to Rathkeale with his wife Janet, Daniel visited the site of the workhouse where his great-grandfather died – now part of the ABP meat processing plant.

They also visited the nearby pauper’s graveyard, where it is believed Timothy is buried, and Well Lane where his ancestors are thought to have lived.

Daniel, who now lives in Fort Lauderdale, Florida, said he was delighted to have the opportunity to find out more about place his family originated from.

”The boardroom of General Electric is a very long way from the Rathkeale workhouse. Thanks to the indomitable lrish spirit, perseverance, hard work, determination and a bit of luck, this family completed the journey in two generations,” he said.