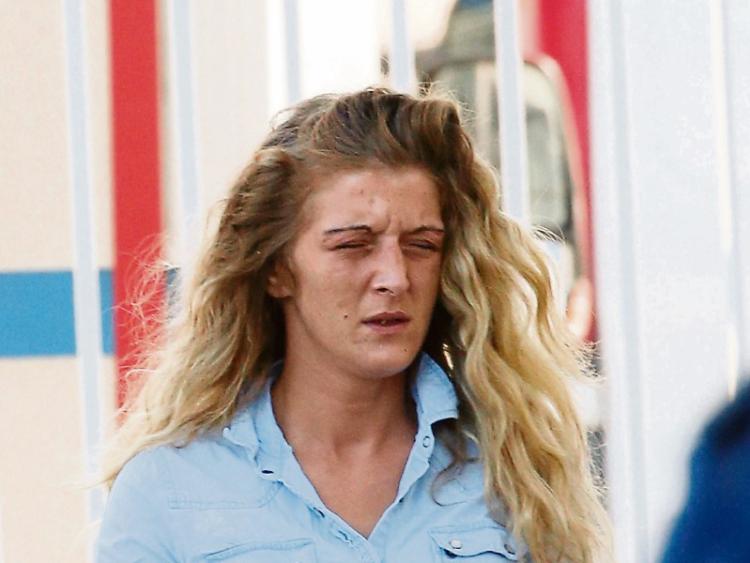 A CHRONIC drug addict has been jailed for three years for robbing a wheelchair-bound man less than six months after she received a suspended prison sentence.

Belinda O’Sullivan, aged 25, who has an address at McGarry House, Alphonsus Street admitted robbing €80 from the now 26-year-old at Lord Edward Street on May 25, 2014.

During a sentencing hearing earlier this year, Judge Tom O’Donnell was told the victim, who suffers from cerebral palsy, was struck in the face by the defendant who took a bag containing cash, which was resting on his lap.

Detective Garda Niall Fitzgerald said the incident happened at Edward Street at around 5.25pm on a Sunday and that gardai were alerted a short time later by a passerby who rendered assistance to the victim.

Prior to the robbery, Ms O’Sullivan and another woman approached the man and offered to tie his shoe lace for him.

Limerick Circuit Court was told the man subsequently told specially-trained gardaí he believed his attacker felt he was an easy target because of his disability.

Imposing sentence, this Wednesday, Judge O’Donnell noted O’Sullivan has more than 100 previous convictions – many of which are linked to her chronic drug addiction.

He described her actions as “cowardly and despicable” adding: “I can only hope she stooped so low because of the depth of her addiction.”

Having entered her guilty plea last October, O’Sullivan failed to appear in court for a sentencing hearing last month and has been in custody since a bench warrant for her arrest was executed by gardai on May 6.

The judge noted there is a high risk of O’Sullivan re-offending and he commented that she had been given a “substantial chance” by the court in December 2013 but “didn’t take it”.

He said her admissions and guilty plea were mitigating factors in the case as is the chaotic lifestyle which she leads.

Judge O’Donnell imposed a three-year prison sentence saying he hopes she avails of the various services which are available in prison.

In the circumstances, he said he was not making any order in relation to the suspended prison sentences, which were live at the time of the offence.

A theft charge relating to an incident at a hair salon in the city centre  on July 2, 2014 was taken into consideration with the robbery charge.