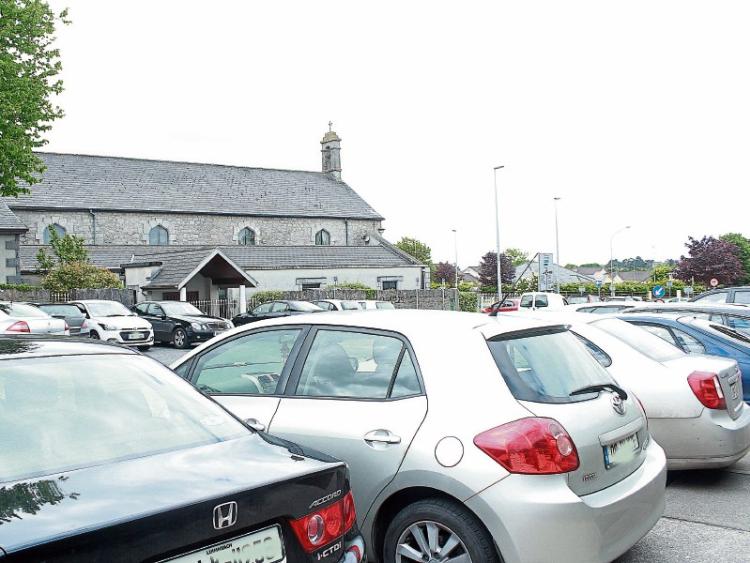 Residents have expressed concern over Raheen Church car park, above, which was full at 11.30am last Monday Picture: Michael Cowhey

THE Raheen parish priest has issued a plea to commuters to refrain from leaving vehicles at the Raheen church car park, which has forced elderly people to walk long distances in order to attend 10am Mass.

According to residents in the area, commuters going to work leave their cars at Raheen Church for the day, leaving Mass-goers no option but to park in nearby estates. It is believed that the council originally provided the car park to the patrons of the church.

The concerns over the parking at the church were contained in the weekly parish newsletter, issued by Fr Michael Noonan. In last weekend’s Limerick Leader local notes, the correspondent said that the problem has caused “particular annoyance” in the area.

Fine Gael councillor Daniel Butler, who resides in the area, said that this is part of “a growing parking issue” in the Raheen and Dooradoyle area. He believes that 90% of the problem is caused by “completely insufficient” parking provided by University Hospital Limerick.

“That is both for people visiting and for staff. Only last week, I was getting complaints about parking in Gouldavoher, and residents there feel that it is hospital staff. Whether it is building staff or actual hospital staff, workers are parking in the estates. I would suspect that they are also parking at Raheen church, which is pretty close to the hospital. And the issue is that they park in the estates and they are there all day,” he said.

Cllr Butler criticised UHL for not opening its multi-storey car park, which he said has been empty for the past two years.

“Where do their staff go? Surely, UHL have to provide adequate parking to their staff? People who are visiting is not too bad. They come and they go within an hour or two. But what we are seeing is cars coming early in the morning, leaving their car there all day and then leaving in the evening,” he commented.

While a number of roads within estates have been marked with double-yellow lines, he said that it is not practical to apply that in every estate.

“The council have asked to extend its city parking by-laws into the area, but the only problem is that if you have a relative calling during the day, they may have to pay for parking outside your house. It’s a vicious circle.”

Local residents have complained about an overcrowding of cars in Meadowvale, Gouldavoher, Mulcair Road and in estates surrounding UHL. Cllr Butler said there have been many incidents where people have had to park on grass because they can't find space in the estates.

“There’s a point where cars are parked on either side of the road, and an emergency vehicle would not be able to get in. This is only getting worse, and it is getting worse all the time.”

Earlier this year, Cllr Butler raised his concerns with the council, but he said that it has “totally ignored the concerns of the local residents”.

Last week, A&E porter told the Limerick Leader that there is “insufficient” parking in and around the hospital grounds.

Antoinette Walsh said that people who are working 11.30am shifts at the Dooradoyle hospital have to arrive at the site up to an hour early, in order to access parking.

She said that there have been cases where people working the 8am shift had to arrive at 6.45am to secure parking. A spokesperson for the UL Hospitals Group confirmed that it will not provide additional parking in the near future at UHL.