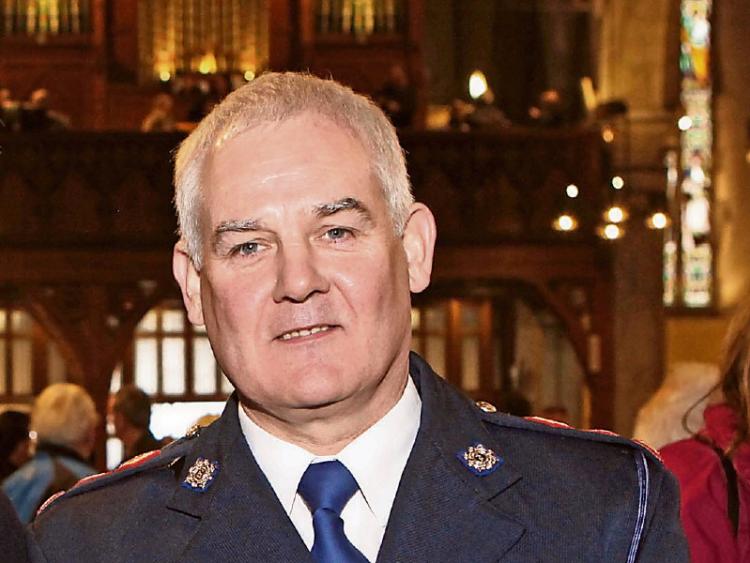 GARDAI put their own lives on the line and possibly saved others by ramming a fleeing vehicle travelling the wrong way on the M7 in the dead of night.

The officers managed to bring the Ford Transit to a halt after it drove up the incorrect slip way at the Mackey roundabout, causing an oncoming vehicle to pull into the hard shoulder and missing a collision by inches.

The van was being pursued by up to eight cars after it was believed to have been stolen in Charleville earlier that day.

According to one eye witness, who contacted the Leader, they said it was “something like you would see in the movies”.

“It was about 3.15am and out of nowhere this van came off the slip way into oncoming traffic. There were seven or eight garda cars with the lights and sirens going.

“The van was bombing along. Then one of the garda cars pulled alongside it and started ramming it, trying to push it towards the hard shoulder to slow it down.

“The van kept going and ramming the garda car back. It was crazy stuff to see. I had pulled over a good bit back. The van was slowing down a bit, then the garda car jammed in front of it and another patrol car came up the inside and they both pinned the van like a V.

“Thankfully traffic was quiet bit but there isn’t a doubt in my mind there would have been a serious accident or a fatality if they weren’t stopped. The last thing you expect in the middle of the night is a vehicle coming against you on the motorway,” said the motorist.

Two teenagers, aged 17 and 19, were arrested at the scene. They have been charged in connection with the incident and were remanded in custody.

The car chase started in Charleville at around 1.45am on Tuesday, May 17, after the van was allegedly stolen. Local gardai pursued it into Kilmallock and onto Bruff where gardai there assisted.

It continued at speeds of upto 120kmph into Limerick city when cars from Roxboro and Henry Street were mobilised. When it hit Plassey Park Road there was a large number of students in the vicinity following completion of exams.

The van crashed through metal gates at the Northern Trust building on the Ballysimon Road, went through a building site and burst through more gates to get back on the road.

The pursuit then went through Castletroy and Newtown before being stopped in the M7. Nobody was hurt during the 90 minute chase.

Chief Superintendent David Sheahan commended the bravery of his officers.

“The training provided certainly prevented a more serious incident from occurring. Public safety is our number one target. While this was going on the gardai had to be cognisant of public safety but at the same time that reckless behaviour had to be brought to a conclusion.

“Thankfully they were able to do this but at all times bearing in mind their own safety and that of other users. Our whole raison d'être is protecting life and property. There is an excellent skillset there and there was good communication between themselves.

“The emphasis was on doing it safely and bearing in mind the safety of other road users. It was a great combined effort between gadai from Charleville, Bruff, Henry Street and Roxboro,” said Chief Supt Sheahan.