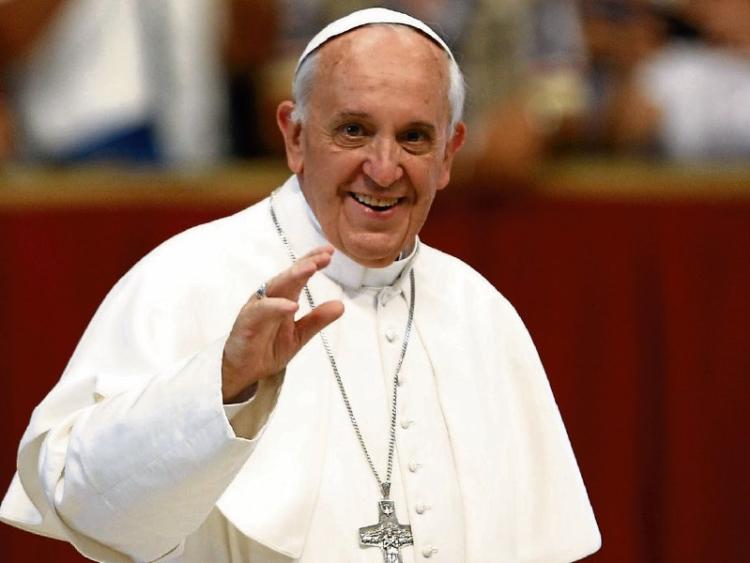 A VISIT by the Pope to Ireland would be “a huge boost to the Church here and at a vital time,” the Bishop of Limerick, Brendan Leahy has said.

Advanced plans are underway to bring the Pope Francis to Ireland in 2018, provided he remains in good health.

The Vatican confirmed that the World Meeting of Families will be held in Dublin from August 22-26, 2018 — and the Pope is almost certain to attend.

High-level delegations from Rome have already been in Dublin for preliminary discussions on the visit. But official confirmation of the trip is not expected until the end of 2017 or early 2018.

“We are, of course, very excited about the prospect of the Pope visiting Ireland and are awaiting word on this,” Bishop Leahy told the Leader this Wednesday.

“It would be a huge boost to the Church here and at a vital time. It would be fantastic for the faithful as well as enable us reconnect and newly connect with so many people.”

The World Meeting of Families is the largest universal gathering of Catholic families from all over the world. It is held every three years in a different country, after being started in 1994 as an initiative of the late Pope John Paul II.

“That’s one of the largest global Church events and will bring thousands to Ireland,” Bishop Leahy explained. “It’s a huge event and preparation is already very much under way and this weekend we are actually taking up a collection for it at churches around the diocese,” he added.

While there are hopes locally that Pope Francis will  follow in Pope John Paul II’s footsteps and visit Limerick, according to the Bishop of Limerick “it’s highly unlikely he will take on the type of itinerary that his predecessor did.

“Many people are, of course, asking the question here in the diocese will he come to Limerick as part of a visit to Ireland.  Saint John Paul II was 59 when he came to Ireland whereas Pope Francis will be almost 82 so it’s highly unlikely he will take on the type of itinerary that his predecessor did.  The key thing is that he comes to Ireland and if he does, the nation as a whole benefits, including Limerick.”

In 2013, Bishop Leahy recalled how the Pope’s “eyes lit up” when he told him he was from Limerick during a meeting in October of that year. “I said to him ‘I come from Limerick’ and his eyes lit up. He said ‘Limerick, I know it, I was in Ireland’,” said Bishop Leahy at the time.

The Dublin event in August of 2018 will feature the theme, The Gospel of the Family: Joy for the World.